The seminar was attended by teachers and a large number of students. 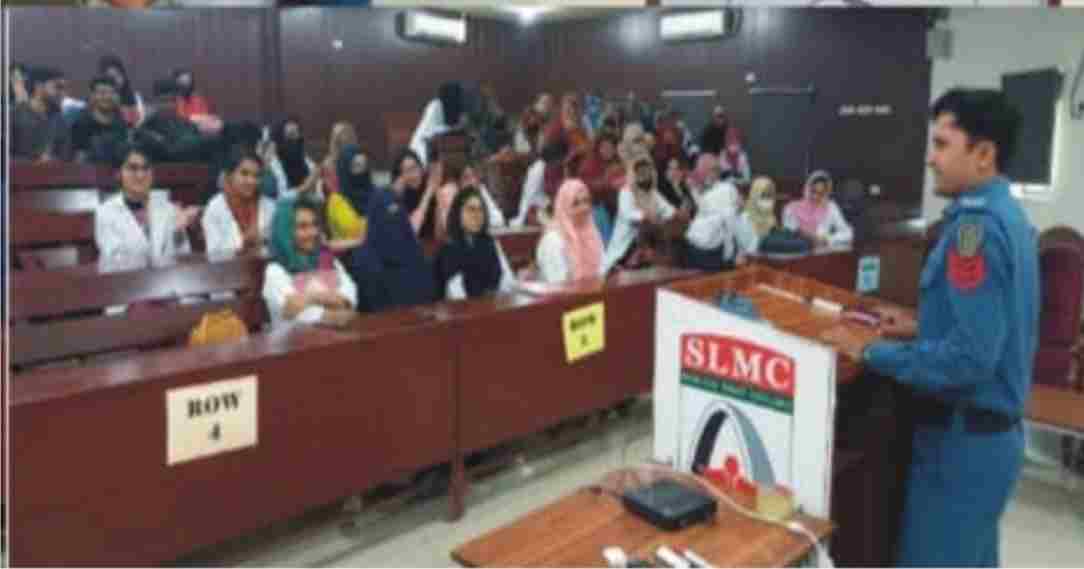 On the direction of District Police Officer Sadiq Baloch, a series of traffic education activities are being carried out in the district.

The aim of the activities is to create traffic awareness among the citizens so that the rate of accidents on the roads can be reduced.

In this regard, a traffic awareness seminar was organized at Sahiwal Medical College. The seminar was attended by Yasin Anjum, in-charge of Traffic Education, Muhammad Shakeel, teachers and a large number of students.

Talking to the students, the in-charge of traffic education has said that you are the future of our country. That is why it is our first duty to protect your roads.

Therefore, it is very important to protect you from accidents by making you aware of traffic rules. All of you are requested to ensure compliance with traffic rules.

Make it a habit to use helmets and seat belts. Never drive without a driver’s license. In the same way, while proving to be a civilized and educated nation, you should drive with a driving license.

Apart from this, the police also briefed in detail about the Traffic Driving School. The administration of Medical College and students thanked DPO Sahiwal and District Traffic Police and said that this is a very good and noble initiative of the police.