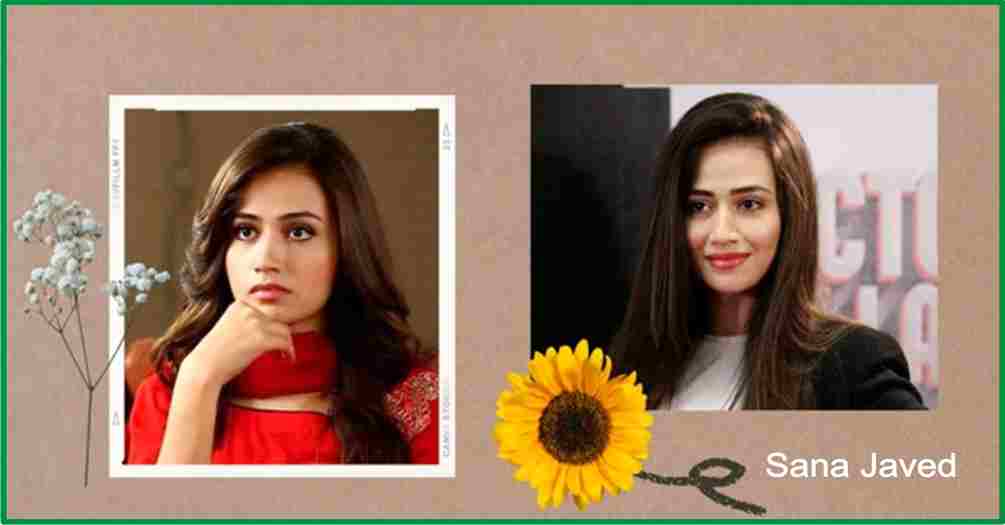 Sana Javed is a Top Pakistani actress who has appeared in films and on television. She was born on March 25, 1993, in Jeddah, Saudi Arabia, to Pakistani parents, while her paternal origins are in Hyderabad, India. Her religion is Islam.

Abdullah Javed is her brother, while Hina Javed is her sister. Her family returned to Pakistan following the birth of her younger brother. She is a Pakistani woman who resides in Karachi. Her educational background includes a bachelor’s degree from the University of Karachi.

She stands 5.7 inches tall and weighs 55 kg. with brown hair, brown eyes and a fair complexion.

Sana Javed enjoys all types of Hyderabadi cuisine. Madhuri Dixit is her favorite actress, while The Secret by Rhonda Byrne is her favorite book. Her interests include singing and reading. She owns a pet dog and is an animal lover.

She began her career as a model and appeared in a few ads on television. ‘mera pehla pyar’ was her debut television serial, while Shehr-e-Zaat was her first drama.

She rose to fame after playing the lead in the drama “Pyaray Afzal.” Ranjish hi sahi, Meenu ka sasural, Hisar E Ishq, and Itraaz are some of the programmes in which she has appeared. Sana Javeed rose to prominence with the release of her drama “Zara yaad kar” in 2016.

In 2017, she made her acting debut in the film “Mehrunisa V Lub U.” The crowd adored her performance in the picture. She also appeared in music videos, including Atif Aslam’s “Khair Mangda,” Hina Nasrullah’s “Tere Bina,” and “Hmein Payar Ha Pakistan Sy.”

Sana Javeed has graced the covers of several prestigious publications, including EDIVA and Sunday. She is also well-known on Instagram, where she has 3.2 million followers.

Sana Javed shares a Teaser of her new Drama