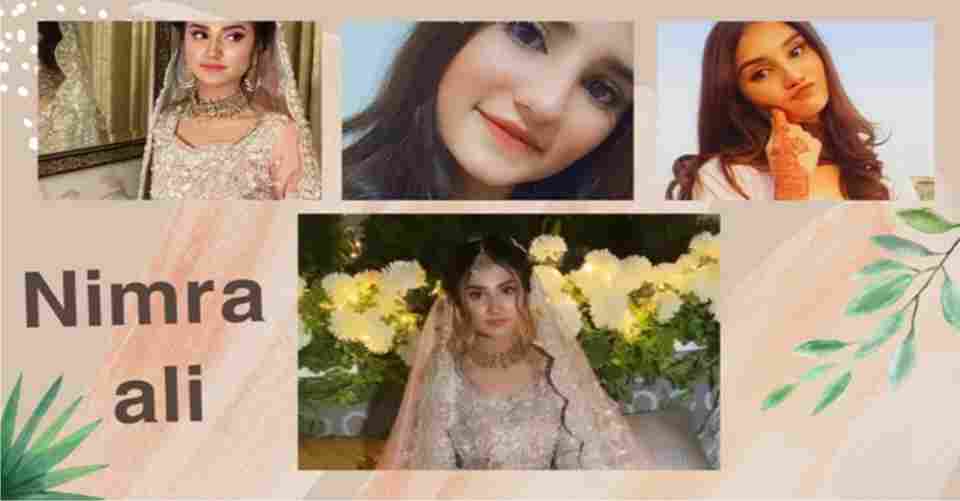 Nimra Ali is a Pakistani tiktok star and model. She is well-known for her attractive appearance and charming smile.

Nimra Ali was born on February 2, 2001, in Lahore, Pakistan. Her height is 5 feet 1 inch and her weight is 50 kg. Her faith is Islam. Black is the colour of her eyes and hair.

Nimra Ali’s father has passed away. She is now residing with her family. She is the youngest of three siblings, with two sisters and one brother. Mahwish and Sahrish are her sisters’ names. Tayyab is her brother’s name. Shamim is her mother’s name.

She is a college student who struggles academically. However, she has a very remarkable and kind personality. Her interests include travelling, singing, entertaining, and speaking.

In 2018, she started tiktok.On Tiktok, she has 1.1 million followers and 27.8 million likes. Because of her bluntness and talkativeness, she became famous after appearing on a road show on a news channel. She has since appeared on a number of shows and social media platforms.

She has worked on several bridal ads with various designers and hairstylists. On Good Morning Pakistan, she did a bridal week with Kashif Aslam.

She has a YouTube account where she uploads her own videos and collaborates with other YouTube channels to create amazing videos, pranks, and interviews, among other things.

She is a strong, self-assured, and active young lady. She was well-known in her neighborhood and area before she became well-known in Pakistan due to her interesting words.

On social media, a video of Nimra Ali has been circulating, showing her to be a bubbly young lady. She couldn’t contain her joy when she was approached by reporters in a park and requested an interview.

The internet is buzzing with Nimra’s bright enthusiasm and chirpy attitude; huge grins all around as people hear her talk about finally being on TV and realizing her ambition.