UOSAHIWAL administration has started playing the role of silent spectator. 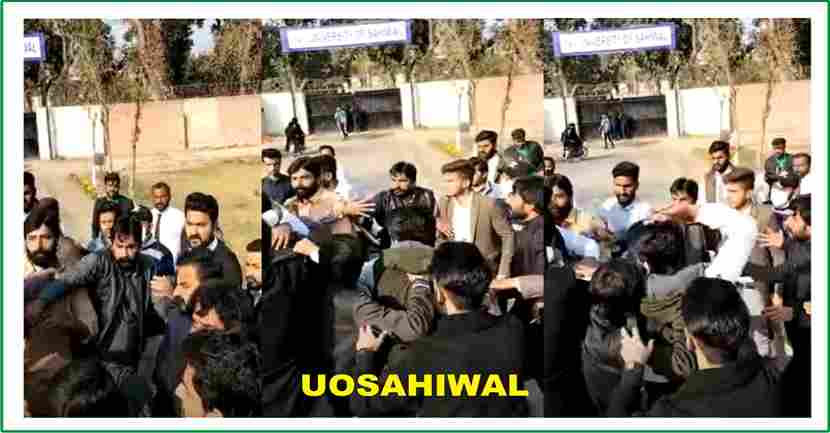 Sahiwal ( The Breaking Times – Arshad Farooq Butt ) Fighting of students at University of Sahiwal has become the daily routine and students are facing difficulties in their studies.

According to the details, Fighting footage of X-Law Students and PSF in the University of Sahiwal has gone viral on social media and the students who come for education in the university are frightened.

The UOSAHIWAL administration has started playing the role of silent spectator. Students who come to acquire knowledge demand action from higher authorities. Political elements should be barred from entering the University of Sahiwal.

The University of Sahiwal is the first Public university in Sahiwal city. It offers bachelors and masters degree programs. It was the sub-campus of Bahauddin Zakariya University Multan in Jan 2005.

Currently the University of Sahiwal has an area of 57 acres. It has more than 1800 students in 8 different departments. UOSAHIWAL has two academic blocks. It has a guest house and female hostel and one administration block.