DG ISPR Statement : Not to drag Armed Forces into politics

Some political leaders are talking provocatively about the armed forces and the army chief. 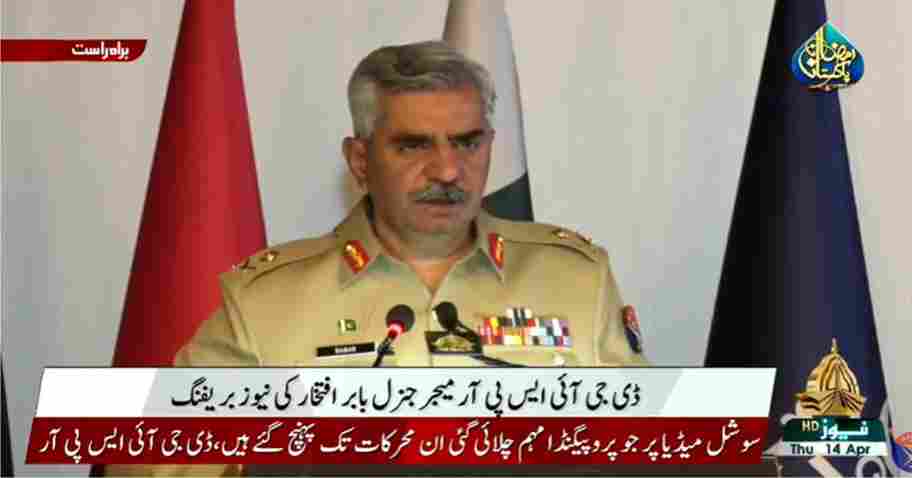 Inter Services Public Relations (ISPR) has said that efforts are being made to drag the armed forces into political talks.

A statement issued by the Pakistan Army Inter Services Public Relations (ISPR) has said that the involvement of the armed forces in illegal and immoral activities is strictly prohibited.

It is expected that everyone will abide by the law. Keep the armed forces away from political dialogue in the best interest of the country.

According to ISPR, direct and various references are being made regarding the top leadership of the Armed Forces.

Some political leaders are talking provocatively about the armed forces and the army chief. Unverified provocative statements are extremely harmful.

DG ISPR rejects speculations of any Deal with Nawaz Sharif