FIA has arrested accused Maqsood Arif from Sabzazar area of ​​Lahore during a raid. 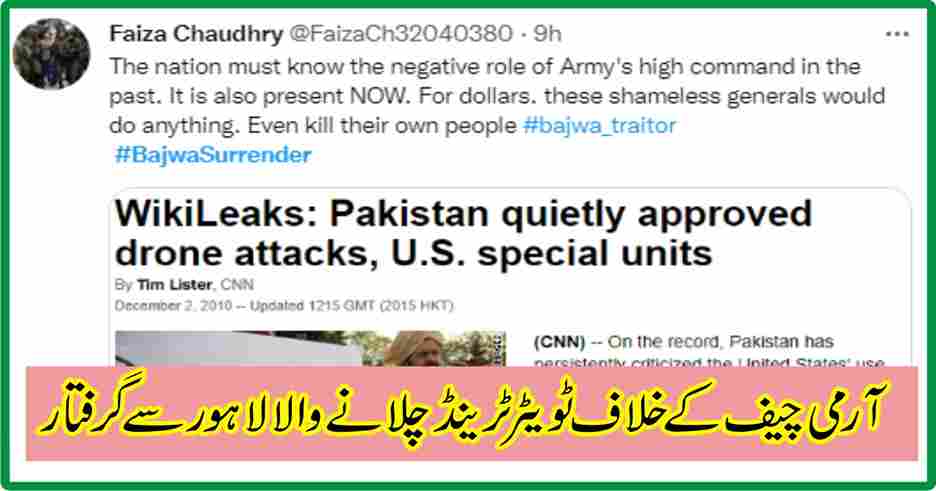 The ringleader of a group running a trend #BajwaSurrender on Twitter against the Army Chief has been arrested from SabzaZar Lahore.

On the other hand, Shahbaz Gill, who had approached the High Court to get his name removed from the no-fly list has said that raids are being carried out on the houses of our social media workers.

According to a Private Tv channel report, the Federal Investigation Agency (FIA) has arrested accused Maqsood Arif from Sabzazar area of ​​Lahore during a raid. Maqsood Arif was campaigning against the Army Chief on more than 2100 social media accounts.

All of those accounts were reported to the FIA. From those accounts, more than 250,000 tweets were sent against the Pakistan Army.

Five accounts belong directly or indirectly to the same political party while more than 200 accounts are being operated from abroad.

FIA ​​has carried out several raids in connection with the campaign on social media against important personalities and intelligence agencies of Pakistan.