Shahbaz Sharif Says he will resign if there is any evidence of external conspiracy. 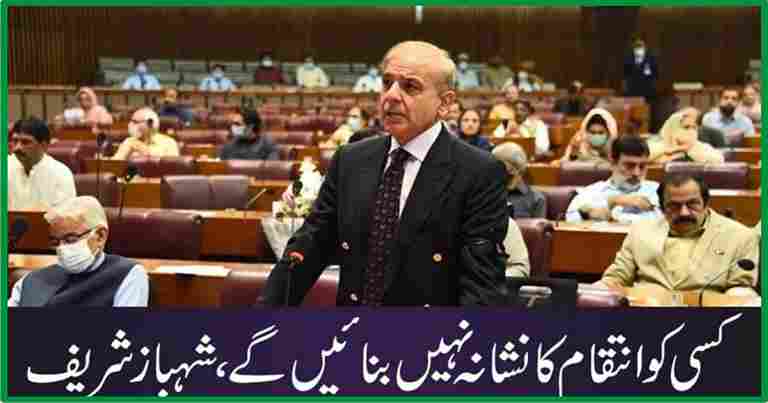 Prime Minister of Pakistan Shahbaz Sharif says he will resign if there is any evidence of external conspiracy of letter as claimed by PTI.

Newly elected Prime Minister Shahbaz Sharif has said that the prayers of millions of people have saved Pakistan. For the first time in history of Pakistan, the no-confidence motion has been successful, the victory of truth and defeat of falsehood.

He said that today is a great day for the entire Pakistani nation that this House has showed the way to elect Prime Minister through the constitution and law.

Shahbaz Sharif has also said that the people are happy and what can be an example that today the rupee has risen eight rupees against the dollar which has come down from 190 to 182 rupees. It means 22 crore people have confidence in the House.

The Prime Minister has said that this day should be celebrated as the day of supremacy of the Constitution in the country. Lies were being told with arrogance that the letter came from somewhere and it was also waved in this House. But I did not see or be shown the letter.

“My meeting with the PPP leadership takes place before March 8. It was decided to take the no-confidence motion forward,” Prime minister said. As the Prime Minister, I ask the Parliamentary Security Committee to give in-camera briefings. There were also heads of the armed forces, heads of security agencies and ambassadors present where everyone knew the truth about his letter.