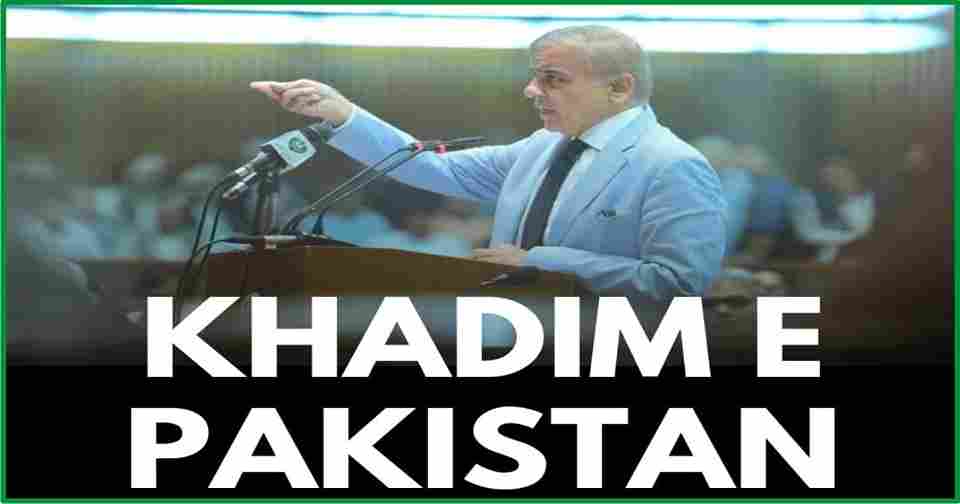 PMLN president Shahbaz Sharif has been elected leader of the house and new prime minister of Pakistan. Read about his journey from the Chief Minister of Punjab to the Prime Minister of the country

Shahbaz Sharif has been the Leader of the Opposition in the National Assembly for the last three years, but he is considered a newcomer to the politics of the Center.

His identity was more pronounced in the province of Punjab where he has been the Chief Minister of the province for a total of about 13 years in three terms.

He was seen as a “tough administrator” in the provincial bureaucracy. How did he become famous and how did he cover the long journey from the Chief Minister to the Prime Minister’s chair? Journalist Salman Ghani is of the view:

Shahbaz Sharif took over the family business after his education. He became the President of Lahore Chamber of Commerce in 1985.

When the PMLN won the 1997 elections, Shahbaz Sharif was elected Chief Minister of Punjab for the first time.

Shehbaz Sharif was not fundamentally convinced of confrontation with Pak Army. He always held the view that everyone, including the military establishment, should work together.

In 2000, the Sharif family struck an alleged deal with General Pervaiz Musharraf, the military dictator, after which he was deported to Saudi Arabia. The Sharif family denies the deal.

After that, Nawaz Sharif and Shahbaz Sharif moved to London from Saudi Arabia through the efforts of former Punjab Governor Chaudhry Sarwar.

After winning the 2013 elections, Shahbaz Sharif was elected Punjab Chief Minister for the second time in a row and for the third time overall. In those 10 years, he had the impression of being a ‘tough administrator’.

Shahbaz Sharif had set a target for himself in the first five years to meet the power shortage in the country and after that he started the work of installing power plants with the help of China which was completed in record time. This is the reason why the term ‘Punjab Speed’ was popular at that time.

The Chinese were happy with Shahbaz Sharif that they could complete the project ahead of time. It was the hard work of Shahbaz Sharif that brought the country out of the power crisis and he was instrumental in the victory of Nawaz Sharif and his party in the 2013 elections.

Shahbaz Sharif was very impressed with the way the Chinese people worked. That is why he has visited China so many times. The Chinese like them and they like the Chinese.

Shahbaz Sharif also completed several projects in the fields of education and health, but two major projects of his time were initially heavily criticized.

He planned to run a metro bus in Lahore to ease the traffic congestion. Imran Khan was in the opposition at the time and criticized him for calling it a “jungla bus” but he completed the metro bus project despite all the criticism and opposition. And he succeeded.

Shahbaz Sharif also faced criticism from the opposition over plans to run the Orange Line train. The opposition was of the view that the project was so expensive that it was difficult for the government to run it on subsidy. However, later this project started running under the PTI government and is still running.

Shahbaz Sharif Journey from the Province to the Center

However, the situation changed in 2017 when the Supreme Court declared Nawaz Sharif ineligible for life in the Panama case. The presidency of the party went to Shahbaz Sharif but to the Prime Minister Shahid Khaqan Abbasi.

On the other hand, after being imprisoned for some time by the court, Nawaz Sharif went to London with the permission of treatment and has not returned yet.

In the 2018 elections, Shahbaz Sharif decided to leave Punjab and come to the Center. He was elected a member of the National Assembly and, as the leader of the second largest party, was also elected Leader of the Opposition.