The educational process began in a rented building. 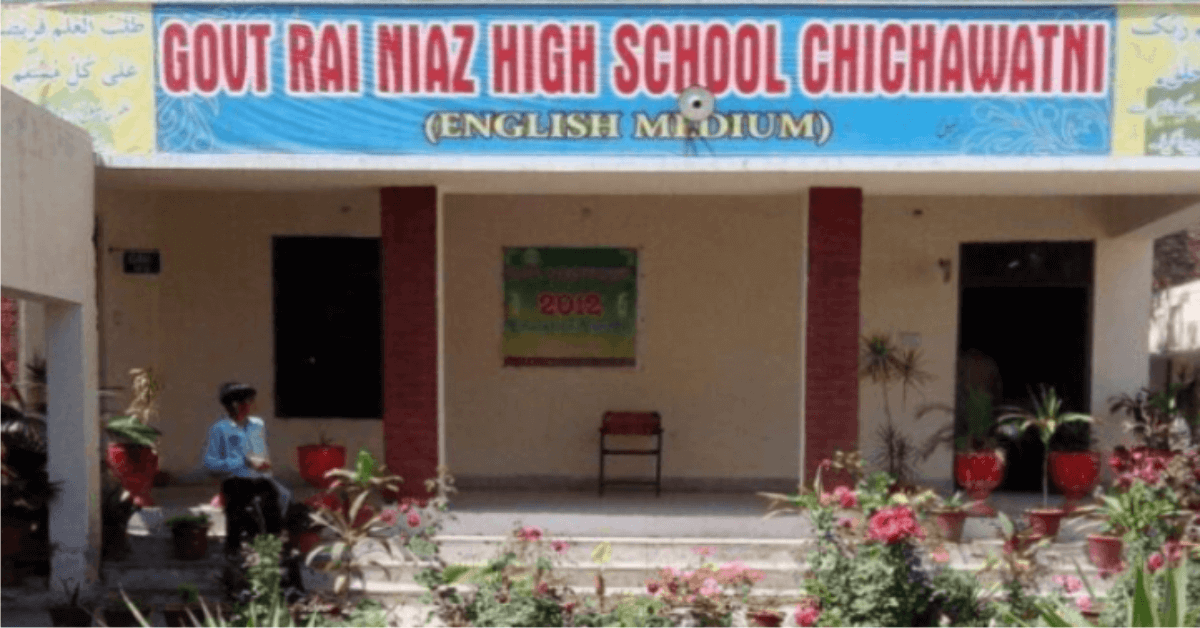 Rai Niaz Public School Chichawatni was founded in 1968 as a private school by former MNA Rai Ahmad Nawaz after his uncle Rai Niaz.

The educational process began in a rented building. The building was adjacent to Ahmed Saeed Plaza in Block No. 12. In order to meet the expenses of the school in an efficient manner, Rai Ahmad Nawaz donated a square acre of agricultural land to the school from his personal land in Tehsil Melsi Chak No. 88.

Rana Wali Muhammad (late) was the first principal of this school and Tanveer Shah was a science teacher. During the Bhutto era, when schools were nationalized in 1972, Rai Niaz Public School came under government patronage.

The place where Government Rai Niaz High School stands today belonged to the Endowment Department. There was a girls’ school at this place which was later shifted to the canal bank area and a hostel was also built at this place for some time.

After that, the place was locked. The administration of Rai Niaz Public School, which had now become Government Rai Niaz School, rolled up its sleeves over the failure of the lawsuit and settled down.

After nationalization, a square acre of agricultural land in the name of the school in Melsi Chak No. 88 Tehsil also came under government control. The area was taken over by a farmer and relinquished in 1998 after 26 years.

Now the numberdar Tariq cultivates this area and every six months he sends a check of Rs. 200,000 to the school which the school administration transfers to the Government of Punjab. That is why the former district nazim and MNA Rai Hassan Nawaz twice applied for the return of the land which was rejected.

The present building of Rai Niaz High School covers an area of ​​three kanals which is insufficient for the present needs of the school. Considering the teaching difficulties, the Punjab government allotted 16 kanals of land in Mohalla Gaoshala seven years ago for the construction of a new school building.

Last year, a formal tender was issued for this community hall, which mentioned the construction work inside Government Rai Niaz High School. Construction work began under the supervision of the municipality of Chichawatni.

The school administration made a written request to Higher Education against the construction work which was started without prior permission on which no action was taken.

The school administration has expressed concern that after the construction of the community hall, the said 16 kanal area of ​​the school will not be under our control. It will be under the control of the municipality and its revenue will also go to the municipality.

If there is any illegal activity in the area, the school administration will be held responsible. This area will be a constant headache for us. It is also possible that the said area may be handed over to another department.

In this way, the school will lose its valuable space. The school administration has also been informed that the school might be shifted in front of the Commerce College. In that case, it is too early to say where the 16-kanal area of ​​the existing school building, community hall, will go.