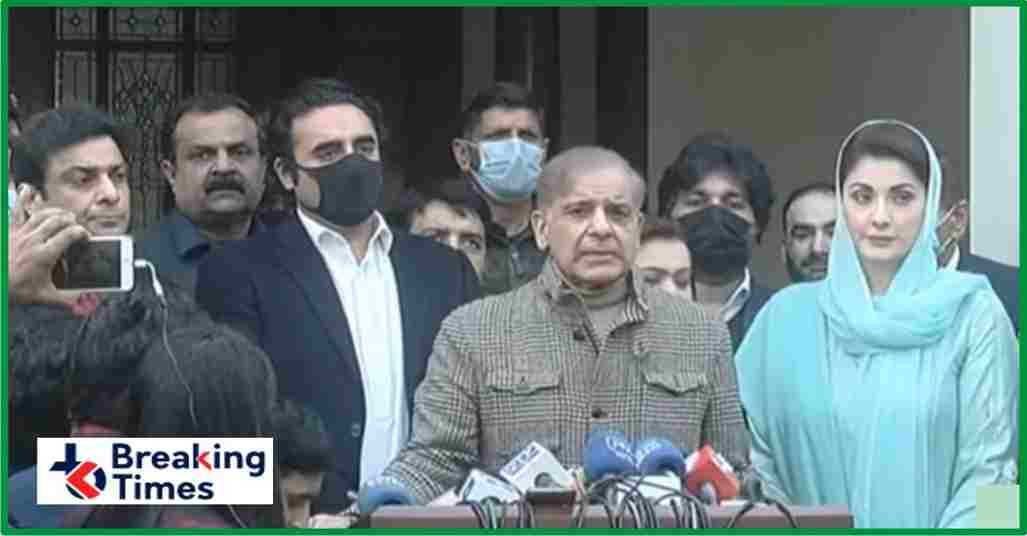 According to the details, an important meeting held at the residence of the Leader of the Opposition Shahbaz Sharif in Model Town area of ​​Lahore. Asif Zardari and Bilawal Bhutto reached Shahbaz Sharif’s house where other important issues including political situation were discussed. Consultations were also held on the anti-government movement.

Asif Zardari and Bilawal Bhutto Zardari visited Model Town at the invitation of Shahbaz Sharif for lunch. Shahbaz Sharif made his favorite and delicious food for his friends. Maryam Nawaz Sharif also attended the meeting.

During the meeting, Asif Zardari and Bilawal Bhutto expressed good wishes to Maryam Nawaz regarding Nawaz Sharif’s health. They also inquired about the health of Shahbaz Sharif.

Asif Zardari is on a diet due to illness, which is why he brought his food and medicine with him. Shahbaz Sharif and the former president hit each other with elbows and greeted each other and Corona SOPs were taken care of.

Maryam Nawaz also called on former Prime Minister Nawaz Sharif and gave the cell phone to Asif Zardari. It is being said that something big is going to happen in February or March.