The biggest foreign conspiracy was to make Usman Buzdar the Chief Minister of Punjab. 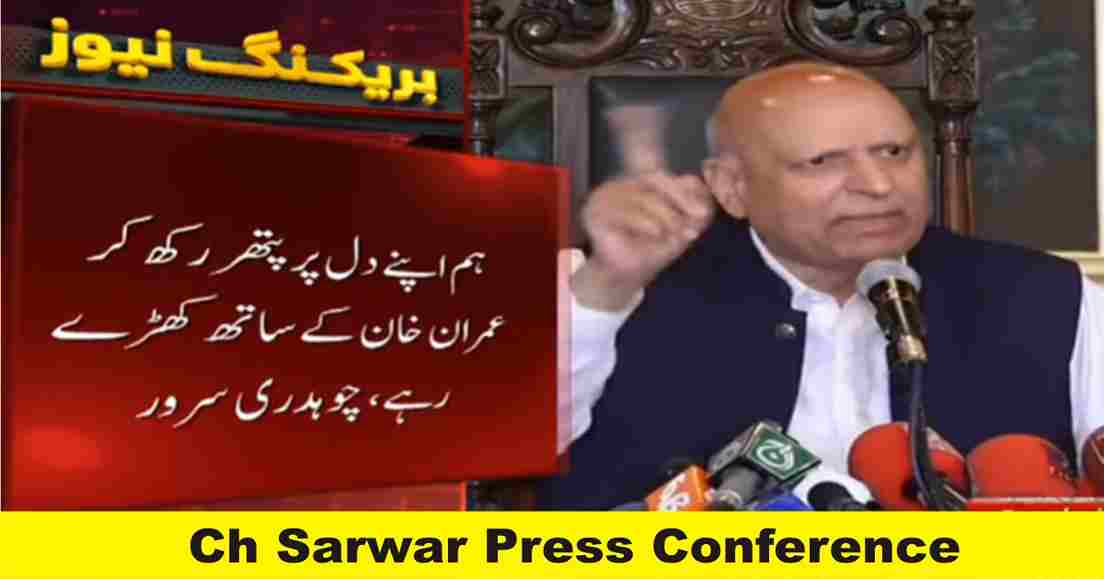 According to the details, Former Punjab Governor Chaudhry Sarwar while addressing a press conference said that Fawad Chaudhry was made MPA. He too could have become the Chief Minister but the Prime Minister decided that none of us was fit for CMship.

Only Usman Buzdar was fit in the eyes of Imran Khan. We still controlled our emotions. We said that a new Pakistan had to be created.

The whole nation saw what was happening in Punjab. How was Usman Buzdar building a new Pakistan? PTI workers were sighing that they had to build this new Pakistan. But the jobs were being sold. This had never happened in the history of the country.

ACs and DCs seemed to be paying for transfers. We endured that too. The whole PTI was on one side. Punjab was the largest province. Punjab was not running well. Imran Khan was standing on one side, no one listened to us. We put stones on our hearts and stood with Imran Khan.

At night I got a call that Chaudhry Pervez Elahi was losing. I was ordered to adjourn the assembly. I was told that I also had the power to dissolve the assembly if PTI could not get 186 votes. I said I would not do anything unconstitutional.