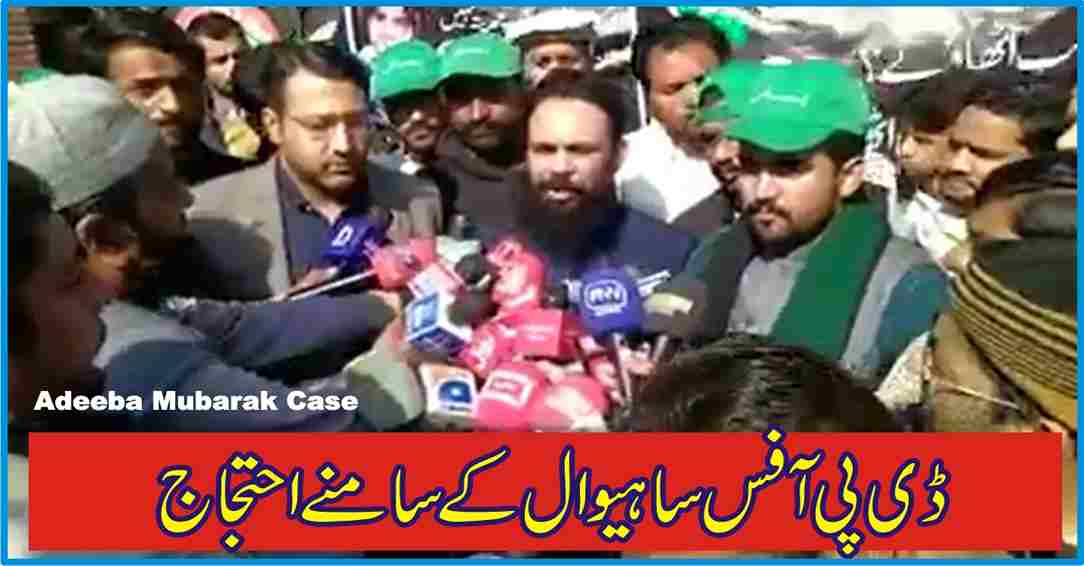 Sahiwal ( The Breaking Times – Arshad Farooq Butt ) Tehreek-e-Ehsas Pakistan has organized a protest in front of DPO office Sahiwal. During the protest, the protesters demanded that the missing girl Adiba Mubarak, who has been missing for two months, be rescued and the killers of President Anjuman-e-Tajiran Chichawatni Yousaf Jamal Tikka be arrested.

According to details, the protest rally organized by Tehreek-e-Ehsas reached Sahiwal from Chichawatni. Where they recorded a protest in front of the DPO office Sahiwal.

The protesters said that thefts and robberies were a daily occurrence in Chichawatni city. And the police have completely failed to maintain law and order in the city.

“If the police do not rescue Adiba Mubarak and arrest the killers of Yousuf Jamal Tikka, we will hold a sit-in in front of the RPO office. After that there will be protest in front of IG Punjab office. And if need be, we will go to Islamabad.”

Rao Zubai is talking to the media. Listen him and decide how to poor family of Adeeba Mubarak is being treated.