Hina Pervaiz Butt has said that her whatsapp screenshot shared on twitter is fake. 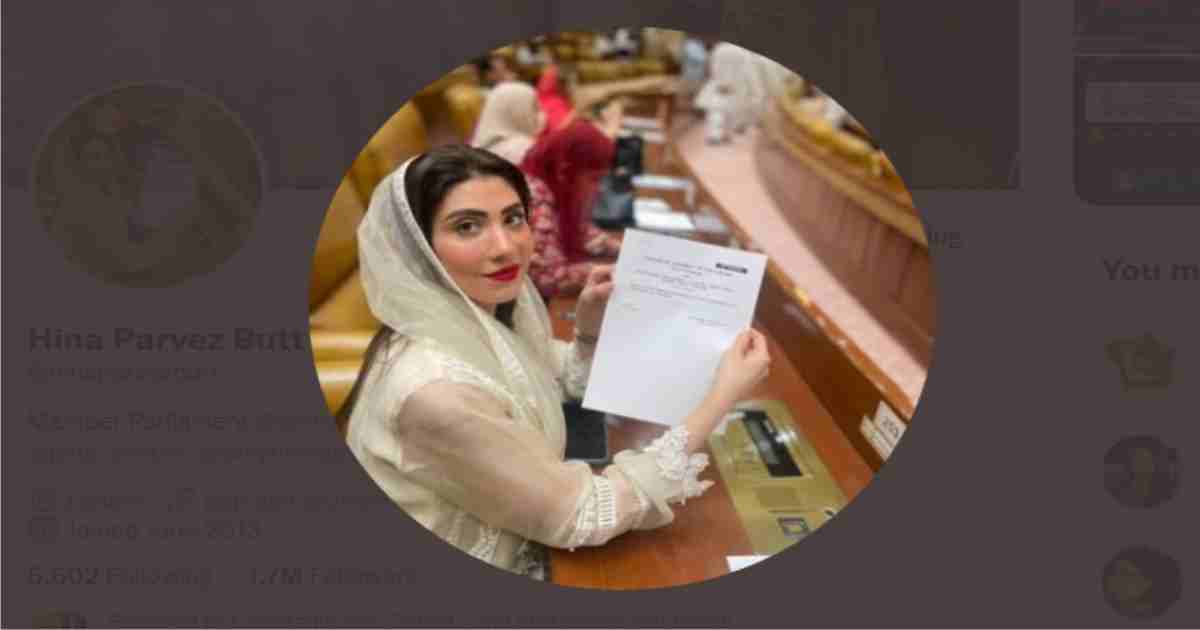 In a statement, MPA Hina Parvez Butt has said that the PMLN party leadership is being defamed by using my fake whatsapp screenshot.

Shahbaz Gill and Raheeq Abbasi are spreading false propaganda against me. I have decided to approach the cyber crime wing against them for making fake WhatsApp screenshots.

MPA Punjab Assembly Hina Parvez Butt has said that she will soon submit the application in the FIA. She has later said on social media website twitter that a complaint has been lodged with the FIA’s cyber crime wing.

It should be noted that Raheeq Abbasi shared a post on micro blogging website Twitter in which it was claimed that the incident at Masjid-e-Nabawi was orchestrated by Maryam Nawaz under her direct supervision in the form of a campaign against former prime minister Imran Khan.

On this, Hina Pervaiz Butt has said that the screenshot shared in this post is fake. I will also take this British citizen to the British High Court on defamation and fake news.