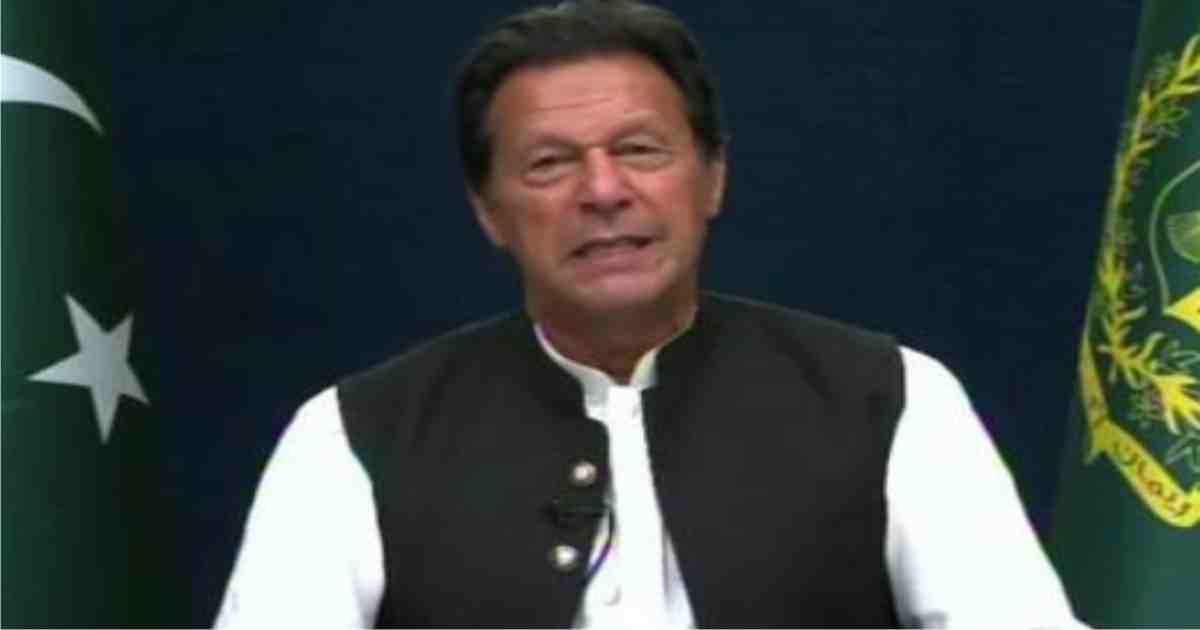 The Prime Minister of Pakistan Imran Khan, while naming the threatening country, said that the United States was behind the No-confidence Motion in Pakistan.

Prime Minister Imran Khan says that there is a lack of faith in us due to which we have started worshiping other gods.

The greatest polytheism is the worship of money. We have always said that Pakistan’s foreign policy would be independent. This does not mean that we will be against the United States, Russia or India, but it does mean that our foreign policy will be for the people of Pakistan.

Addressing the nation, the Prime Minister said that Maulana Rumi haa said that if Allah has given you wings then why are you crawling on the ground like ants.

Allah made man the noblest of creatures, our problem is that we lack faith in him. The greatest polytheism is the worship of money.

Worship the fear that it is a great superpower. When we were in school, Pakistan was developing rapidly and the whole world was coming to learn from us.

We saw this country go down and humiliated. Man goes up when he competes and finds himself in a difficult time. We are crawling on the ground like ants.