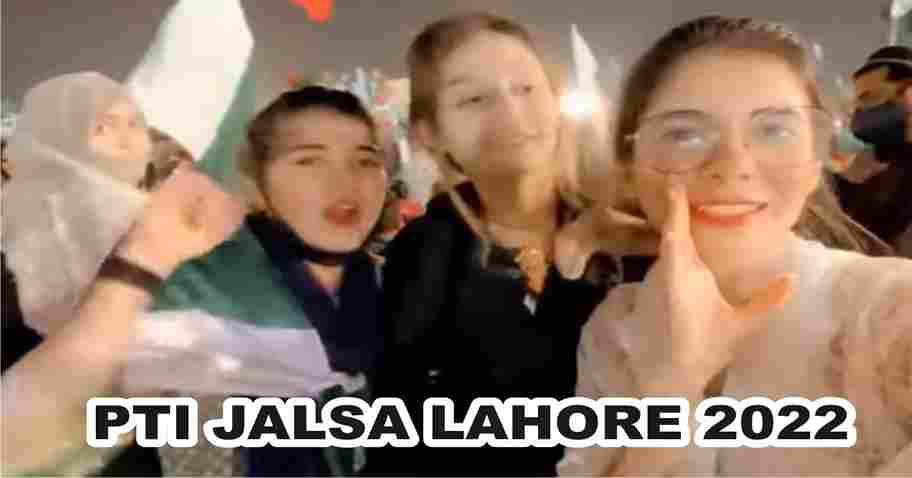 Former Prime Minister Imran Khan has said that he is holding the biggest Jalsa in the history of Pakistan today at Minar-e-Pakistan.

In a video message released on social media, Imran Khan unveiled the reason for holding Jalsa at Minar e Pakistan. He said that he was holding the rally because the Pakistan resolution was passed at the same place in 1940.

At that time the Muslims of India had decided that they wanted to live in an independent country Pakistan. I am calling on Pakistanis to fight for their real freedom in Minar-e-Pakistan. Because our slaves and the most corrupt people of Pakistan have been imposed on us under an external conspiracy.

On the other hand, Chief Justice Islamabad High Court Justice Athar Minallah has allowed the gathering of PTI supporters at F-Nine Park at the request of Pakistan Tehreek e Insaf.

Pakistan Tehreek-e-Insaf (PTI) leader Fawad Chaudhry has admitted that PTI downfall is due to bad relations with the establishment.

Speaking on a private TV News Channel Express News, Fawad Chaudhry said that if relations with the Establishment had not deteriorated, PTI would have been in the government. He said that the relationship was bad for many months, PTI tried hard to fix it but could not.

Deputy Commissioner Lahore has written a letter to the leadership of Pakistan Tehreek-e-Insaf (PTI) in view of security concerns.

The deputy commissioner has written in the letter that there are security concerns at Minar e Pakistan. Therefore, instead of coming to the meeting, former Prime Minister Imran Khan should address the people through video link.

It may be recalled that after successful Jalsas in Peshawar and Karachi, PTI is holding its power show in Greater Iqbal Park Lahore.

Imran Khan is not a Hero but a violator of the Constitution, Raja Riaz

A deviant member of PTI Raja Riaz has said that whoever broke the constitution in the house is not a hero but a violator of the constitution. Action should be taken against him.

Raja Riaz has said in the assembly session that what has been happening in this house in the last two months is unfortunate. Here the president and the governor get sick instead of taking oath. Thankfully, Speaker Pervaiz Ashraf did not fall ill for the oath of Deputy Speaker.