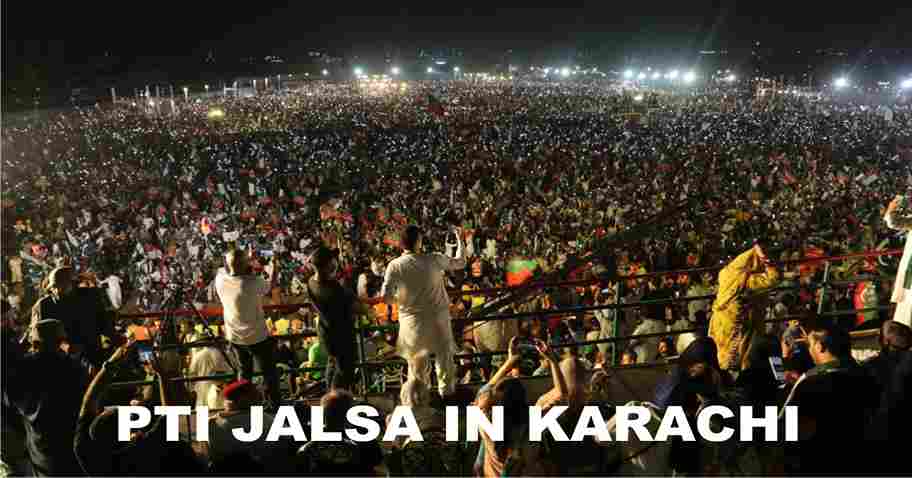 PTI meetings have been going on since Imran Khan was ousted from the government. And today Imran Khan has addressed the people in Karachi.

Awami Muslim League chief Sheikh Rashid has said that he salutes the enthusiasm of Karachi. I was at Fatima Jinnah’s Karachi Jalsa. Today, Imran Khan has also broken the record of Fatima Jinnah’s Jalsa.

Addressing the Karachi meeting, he said that nations which produce proud leaders like Imran Khan are treated like Gaddafi by the international powers.

He said that those who were abusing the army, the person who was going to be charged was made the Prime Minister.

Today I want to tell the army that we are with you. Imran Khan will have to be brought back. If not brought back, the jails will be filled.

Former Prime Minister of Pakistan Imran Khan got a headache as soon as he reached Karachi and he asked for a penadol from Imran Ismail.

Imran Khan’s chartered plane landed at Karachi airport. As soon as he got out of the plane, he was brought to the lounge of Terminal 1 of Karachi Airport where he was received by other leaders including Imran Ismail and Asad Qaiser.

As soon as Imran Khan shook hands with Imran Ismail, he told him that he was having a headache. On this Imran Ismail asked his staff to bring penadol.