Prime Minsiter Imran Khan is going to disclose his Trump card or surprise in the Jalsa. 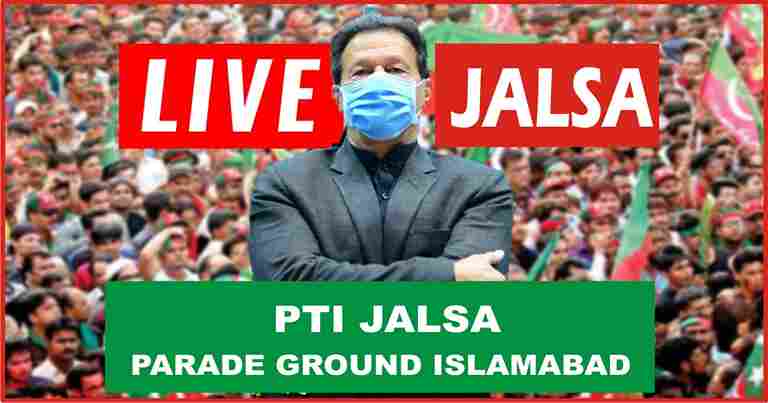 PM Imran Khan is speaking now with the participants of Pakistan Tehreek e Insaf Jalsa in Parade Ground Islamabad. Imran Khan says that very important things need to be said to the people today. I am proud that PTI workers have not been sold. They were lured by money.

Imran Khan added that external forces were interfering in Pakistan’s politics. Pakistan’s ideology was an Islamic welfare state. We want to make Pakistan the state of Madinah.

Prime Minister Imran Khan has once again targeted Maulana Fazal ur Rehman, the leader of the opposition alliance, in Jalsa titled “Amr Bil Maroof” at the Parade Ground Islamabad.

Addressing the gathering, the Prime Minister said that world oil prices had gone up but his government had reduced petrol prices by Rs 10. His government also reduced the price of Fazal ur Rehman by Rs 10. In addition, electricity price was reduced by Rs 5.

He added that three rats had been sucking the blood of this country for 30 years. They had billions of dollars in assets. Now they are trying to get NRO like they got during General Musharraf government.

On the other hand, Ameer of Jamaat-e-Islami Pakistan Siraj-ul-Haq has made a big claim while addressing a public Jalsa in Temar Gara Tehsil of Lower Dir.

Siraj-ul-Haq has claimed that Prime Minister Imran Khan is losing his job on March 31. Imran Khan promised accountability. Today he himself has become accountable.