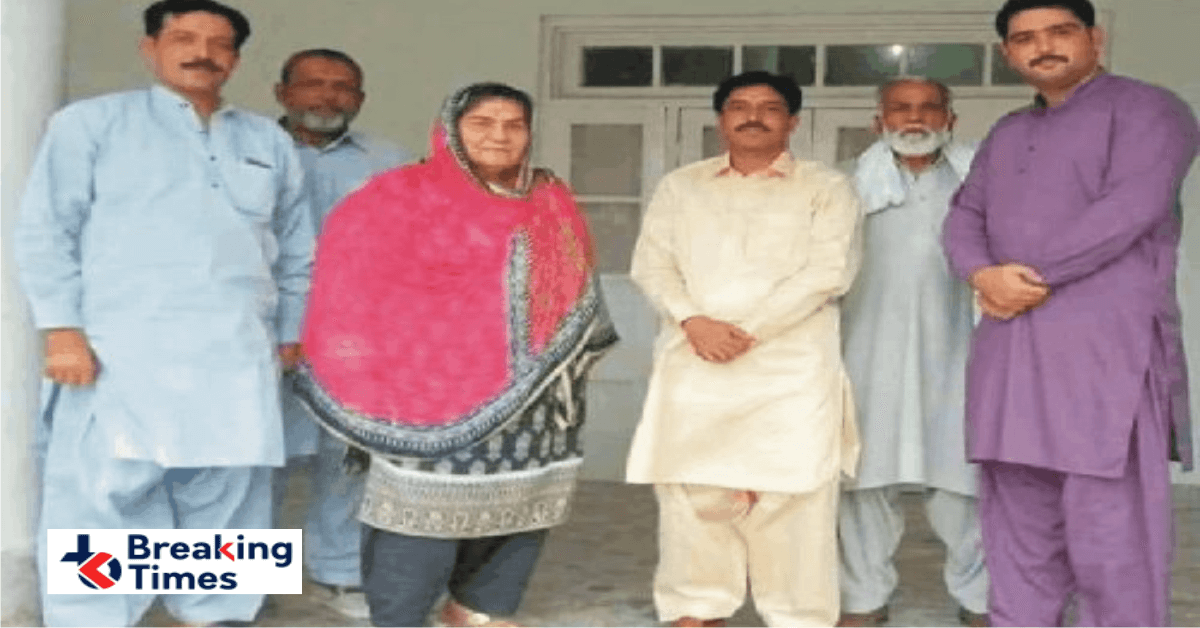 Former MNA Begum Shahnaz Javed received the title of Iron Lady from Shaheed Mohtarma Benazir Bhutto. She is the only political figure in Chichawatni who has been loyal to her party and ideology for almost 30 years and struggling in the political arena with full honesty.  In a situation where the PPP does not have the support of its own people, she is standing firm for her party.

There was a time in Chichawatni when Khyber Ghee Corporation was the only major industry in the city. It was situated on Begum Shahnaz Road. The mill was set up in 1956 and its machinery was imported from Germany. By 1963, the corporation was expanded to include another plant manufactured in Pakistan.

Khan Mohammad Zaman, the father of Begum Shahnaz Javed, the owner of the corporation, was one of the leading industrialists of the city and one of the richest men in the city. He loved to have the most expensive cars. This was at a time when Rai House was still in its infancy.

Other shareholders of the corporation included Amir Hamza, Sheikh Abdul Haq and Muhammad Majeed. Accounts and other matters were entrusted to the brother of Sheikh Javed. After his death in 1965 the Ghee Corporation was headed by Sheikh Javed, husband of Begum Shahnaz Javed.

Meanwhile, Khyber Ghee Corporation remained closed for two years. However, under the leadership of Sheikh Javed, the corporation once again rose to prominence. Facilities available to workers included a six-month bonus, half-price year-round borrowed wheat, and so on.

Khyber Banaspati Ghee and Khyber Soup were the proud and popular offerings of this corporation. After Sheikh Javed took over the affairs of the corporation, Khan Muhammad Zaman built a bird farm in front of the same mill.

Mention of Khan Muhammad Zaman’s social services will not be without interest. Where there is a Government Boys Degree College today, there used to be a mall mandi. Khan Mohammad Zaman along with his delegation talked to the then Deputy Commissioner and met Nawab of Kala Bagh Malik Mir Mohammad Khan. So the mall mandi shifted near bypass and Boys college were established at that place.

According to Sheikh Javed, husband of Begum Shahnaz Javed, Khan Mohammad Zaman was invited to join the cabinet during Zia-ul-Haq era, but after an apology from him, Rai Mohammad Iqbal was included in the cabinet.

In the 1993 general election, Begum Shahnaz Javed got 73,454 votes and defeated Rai Ahmad Nawaz Khan. She could not win the 1997 election. In the 2002 general election, she received 35,496 votes, compared to 39,312 for former President Farooq Ahmad Khan Leghari.

The city’s first major industry, the Khyber Ghee Corporation, was de-nationalized in 1993. However, this ancient industry soon fell into disrepair. At the same time, the family’s politics declined.

If Begum Shahnaz Javed had won the election of District Nazim in 2001, the time would have been different today. After a long absence from politics, the question now is whether this family will be able to regain its lost paradise.

Begum Shahnaz Javed’s leadership skills, her political heir Ali Javed will have to make them a beacon. Otherwise, this lifelong journey is in vain.