As June begins, the whispers of the budget are in full swing. 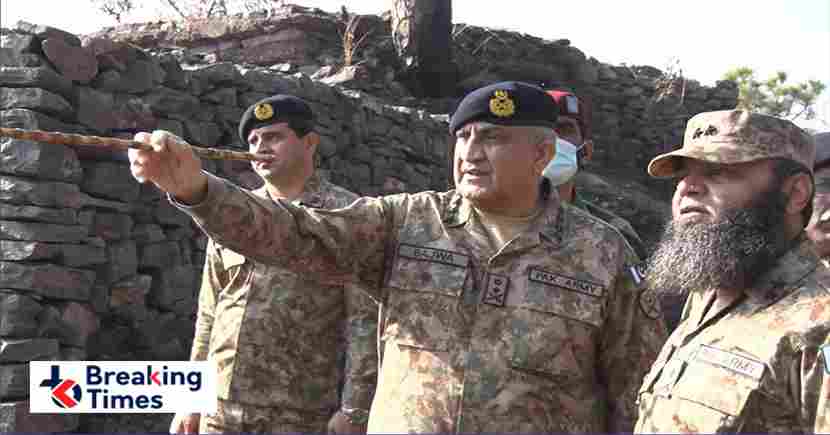 As June begins, the whispers of the budget are in full swing. At the same time, propaganda against the defense budget begins by a certain lobbies. Every propaganda has a purpose and it is certainly not good.

Stable Pakistan and secure border are not acceptable to anti-Pakistan forces. If Pakistan’s neighbors were peaceful, Pakistan had not seen the fall of Dhaka and had not fought wars, then perhaps Pakistan would not have been so sensitive to its defense.

The Indian Army, with a budget of over 70 billion, has more than1.4 million soldiers. India has deployed 9 corps of troops on 3 different types of borders with Pakistan.

While the Pakistan Army which is much less than the Indian Army in terms of numbers and even half of them are stationed on these 3 borders. The situation on the Afghan / Iranian border is not hidden from anyone.

Even when the budget is presented, you should compare it to GDP. This year’s budget has been further slashed to 2.2% of GDP. In other words, even in terms of GDP ratio, the defense budget has not really increased but decreased.

The rupee depreciated by 25% in the current financial year, despite which defense needs were met within the available resources.

However, the costs of global defense agreements and imports of defense equipment are not in the local currency but in the international currency, the dollar.

Similarly, considering the inflation of 2021/22, the defense budget has been reduced by Rs. 56 billion.

However, now the inflation rate is 20 to 25 percent. Due to the continuous rise in inflation over the years, the defense budget has been reduced by twenty-five percent.

Army Budget as Compared to other Institutions

How strange it is that the budget of every department, from the wages of the workers, is calculated on the basis of inflation. While we consider the army to be free from inflation in this matter.

Now let’s move on to the article which is repeatedly referred to as 6% increase … Defense Department asks for more than 80 billion defense budget.

I wish there was a patriotic lobby that would talk about the return of 500 million rupees and 16.9 million dollars by the army. She also mentioned the soldier’s salary and his financial difficulties. She used to talk about a frozen budget for two years but unfortunately people devoted for this are less. This is the army that had cut Rs 100 billion in its budget in 2019 to support the country’s economy.

Rs 80 billion in the budget has been demanded not by the Pakistan Army but by the Ministry of Defense. The Ministry of Defense had demanded Rs 80 billion for expenditure on Jinnah Naval Base, Naval Base Turbat and Multi-Functional Office Building at Headquarters and “significant shortfall” and staff salaries which was adjusted in the budget. This year, too, defense spending has been kept at 2.2 percent of gross domestic product (GDP).

A soldier’s family belongs to the people. When a soldier sends salary to his house, his parents, wife and children also buy rations from the same retail store.

They also buy groceries from the same store where you buy. He is also a victim of inflation just like you. Due to inflation, salaries have increased in every department in the last two years but not in the army.

It is also worth mentioning here that salaries in the army are lower than other departments and the annual expenditure on one soldier is very low compared to other armies in the world. India spends 4 times more annually on its soldiers than Pakistan.

The question now is whether Pakistan’s armed forces compromised on defense because of this limited and constantly declining defense budget. Wasn’t the war on terror fought with double strength ???

Has there been any reduction in the scope, scope and other security issues of Operation Anti-Corruption?

Didn’t the army strengthen the defense of the western border by constructing fencing and border forts with the same budget?

The security threats and challenges facing the country have not been met by the Pakistan Army with all its resources.

Apart from defense, you will find the army on the side of every government on every issue of the economy.

The resolution of the Karke dispute is an example of the Pakistan Army’s efforts for the economic well-being of the state of Pakistan.

On August 14, 2020, the President of Pakistan conferred the Sitara-e-Imtiaz Civil Award on three ISI officers who have been instrumental in the successful resolution of the Karke dispute.

The three officers also collected documents from Panama and the British Virgin Islands that helped win the case against the company.

As a result of these investigations, Karke dropped six cases against Pakistan
And Pakistan escaped a 2 trillion fine

As well as ensuring the defense of the country’s borders, the Armed Forces of Pakistan are also providing services for the development and support of the country, and they stand by their people in every difficult situation facing the nation.

The Pakistan Army has always been at the forefront of natural disasters like floods, earthquakes, droughts, epidemics etc.

The Pakistan Army has been cooperating fully in anti-polio efforts since 2014. About 16,000 Army / FC / Rangers personnel are on duty for Polio Free Pakistan

The Pakistan Army under the leadership of the Army Chief fought against COVID on the front line.
And where needed, the shortage of manpower in the civil administration was met.

The role of Pakistan Army in eradicating locusts is not hidden from anyone.

By the 1990s, the Plant Protection Department had 20-22 aircraft available for spraying drugs in the fields. Today they have three. Army Aviation stepped in with a plane and four helicopters used to spray against locusts.

The role of the NDMA, led by the Lieutenant General, in dealing with the catastrophic consequences of natural disasters is commendable.