He began his political career as a student wing member of the Pakistan People’s Party. 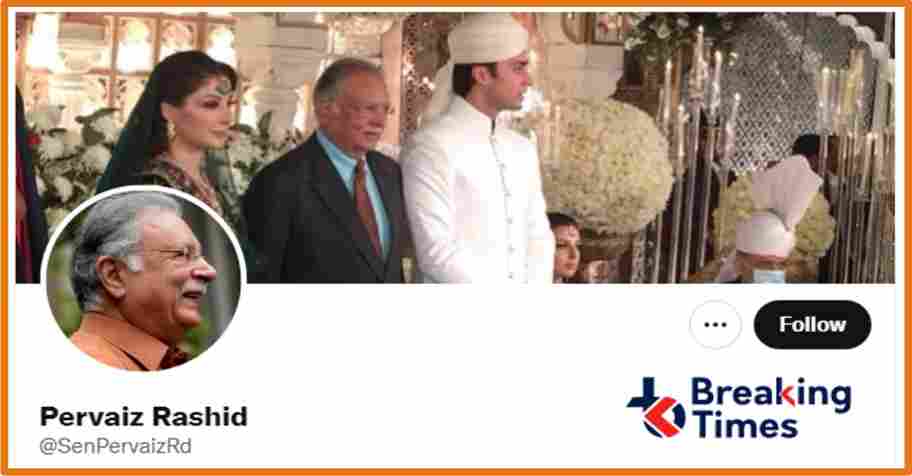 Pervaiz Rashid is a Pakistani politician who served in the Third Sharif Ministry as the Federal Minister of Information, Broadcasting, and National Heritage, as well as the Minister of Law, Justice, and Human Rights.

On May 1st, 1950, he was born. He is currently based in Rawalpindi, Pakistan. Gordon College awarded him a bachelor’s degree in arts. He is married and has a daughter, Poonam Rashid.

In the 1997 Senate Elections, he stood for the first time on the PMLN Party ticket and got the most votes. He was appointed Chairperson of the Television Corporation by the PMLN in 1997. During Musharraf’s reign, he was imprisoned in 1999.

He was appointed Minister of Broadcasting and Information in June 2013. He was then awarded additional ministries, including Justice, Law, and Human Rights.

He was named Minister of Broadcasting, Information, and National Heritage in 2015 after winning the Senate election. In 2018, his name was added to the list of Punjab House defaulters, along with the names of many other legislators.

Pervaiz Rashid was elected in the 2021 Senate Elections to the PMLN-seat, according to reports. The PTI, on the other hand, was challenging his tick since he was a defaulter in the Senate Assembly. He was later deemed ineligible to run in the elections. He will be eligible to contest again once he has paid off all of his debts.

He filed an intra-court appeal (ICA) contesting a single-member bench of the Islamabad High Court’s ruling on recovery in the case of Atta ul Haq Qasmi’s unlawful appointment as chairman of Pakistan Television (PTV). In his appeal, the petitioner took the position that pay and incentives should be recovered, as ruled by an IHC single-member court on December 13.

In accordance with the Supreme Court’s directions, the court ordered the district collector to produce a report within three months after effecting the recovery.