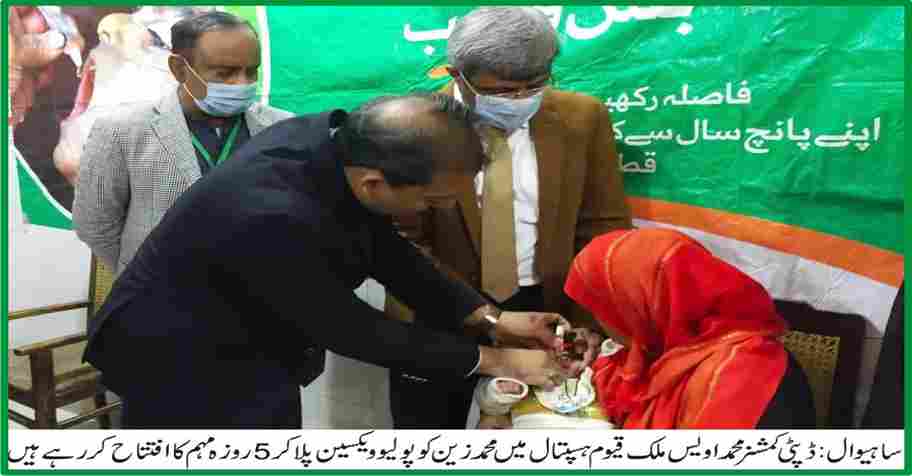 “It is our religious and national duty to protect children from lifelong disability and no child should be deprived of polio drops during the campaign,” he added.

He directed that no child traveling should be deprived of the vaccine. While giving a briefing, CEO Health Dr. Mushtaq Ahmed Supra said that 1732 teams have been formed for 5 days polio campaign and special workshops have also been organized for training of staff.

He further said that proper arrangements have been made to keep the cold chain of vaccines safe and the staff of the health department is fulfilling the national responsibility of door-to-door polio vaccination.