A Visit to the Harappa Museum – Indus Valley Civilization

Presently Harappa is the only site of the Indus Valley Civilization that provides complete chronology. 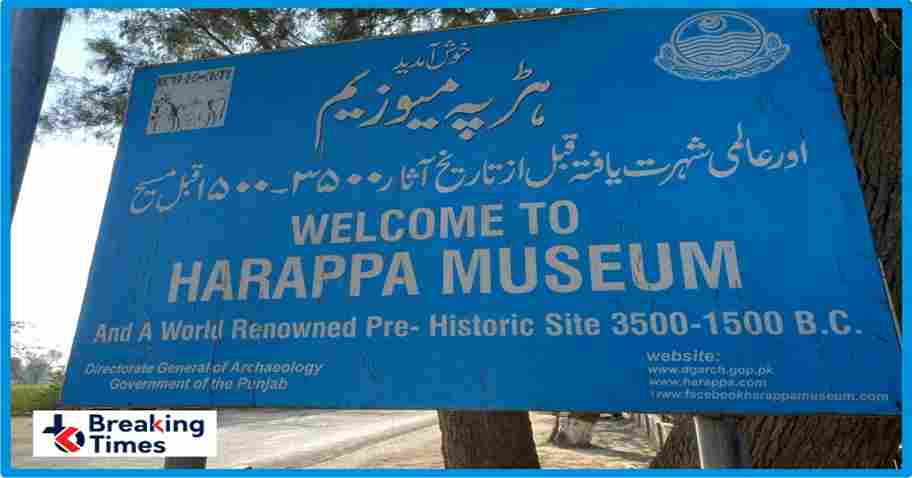 Harappa ( The Breaking Times – Arshad Farooq Butt ) Harappa Museum building is about 96 year old. It was temporarily established in 1926 and the present building with two display galleries, was constructed in 1967.

Objects discovered from archaeological excavation of Harappa are displayed in a way that gives visitors an insight into the religion, arts, crafts, trade, agriculture and social life of the people who lived thousands of years ago in this city.

Presently Harappa is the only site of the Indus Valley Civilization that provides complete chronology from 3500 B.C. to 1500 B.C.

I live only 30 km away from Harappa city and Museum but rare go there. I visited Harappa Museum as some of my American friends asked to tell them about it in detail. So Here is my Journey from A to Z.

I reached the Museum of Harappa about 11AM. First thing I observed that the road which leads to the Museum needs improvement and expansion. If you are a foreigner, the nearest airport is in Lahore which is 260 Km away from Harappa and it takes 4 hours drive.

Alright, There is a vast parking in front of Harappa Museum for buses, cars and bikes. When you enter the main gat, there is ticket room on the left. The ticket is cheaper and can be got in 10 Pakistani Rupees ( 0.05 usd). On the right side there is newly built TOURIST INFORMATION CENTRE.

After a few yards, turn left and you ll see Harappa Museum with all its wonders and human history. Helen keller would have loved this place if she had ever visited.

I spent many hours in the museum to see the human history. Then I went forward and there is a canteen to buy some juice or eatables. Near to the canteen there are washrooms. I kept walking and reached the track which covers all the old colonies, mosques and godowns. 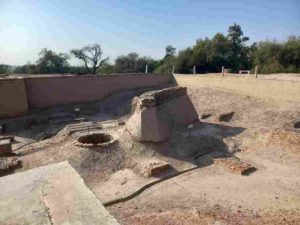 If you are alone, don’t go in the hot sunshine. There are bushes in the site which are safe heavens for boys and their girlfriends. But never try it if you are alone. I found lack of security on different points of the site. If you are in some trouble, it can take some time for security guards to reach the spot. However, for the foreigners, security is provided by the government.

During the visit of Harappa Archeological remains, you will see Darbar Baba Noor Shah Wali 9 Gaz. It is a long grave about 27 feet. Baba Qadar Bakish Dhilon is the current Gaddi Nasheen of Darbar. Watch the video which covers all points of the place.