Landslide occured when the laborers were digging a sewage pipeline on Railway Road Sahiwal. 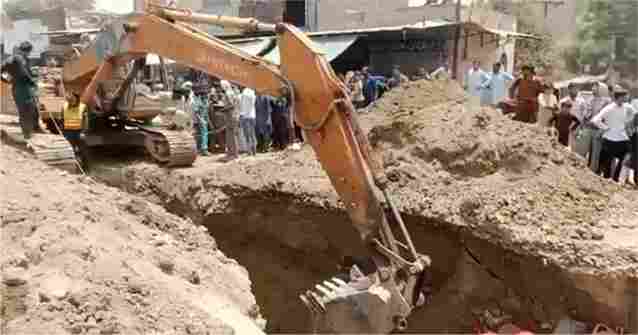 Three workers were buried when a landslide occurred while digging a sewerage pipeline on Railway Road Sahiwal. One was killed while two others were rescued.

Excavation continues for main sewerage pipeline on railway road and Rescue operation is underway to retrieve the body of the deceased. No safety measures were taken by the Sahiwal administration around the excavation.

DC Sahiwal Takes Notice of the Laborer Death in Sahiwal

Deputy Commissioner Sahiwal Muhammad Khizar Afzal has expressed regret over the death of a laborer in an incident while digging for a sewerage line on the railway road.

He visited the site of the incident and directed that best medical facilities be provided to the injured workers.

He directed the contractors to take precautionary measures during the work. He said that those responsible for the incident would be identified.