Adam Gottschalk and Raven Gates are Going To Become Parents 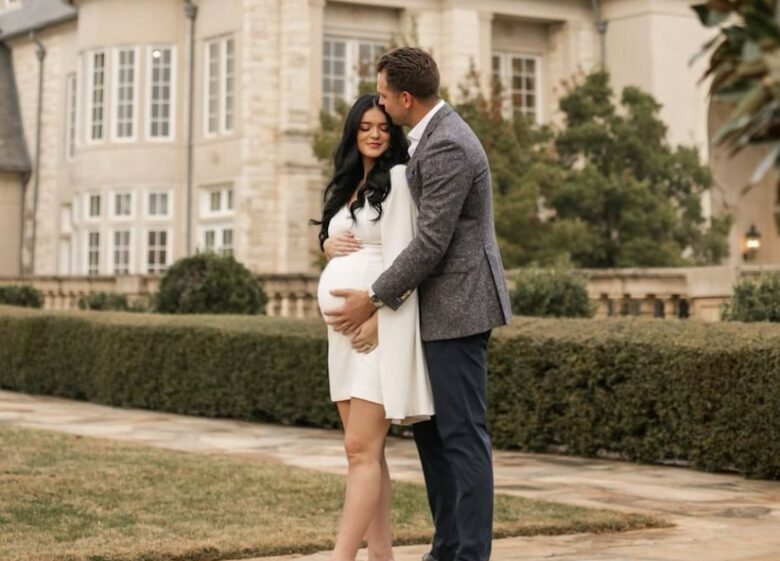 They are a bachelor couple and posted a series of photos on social media on 25th July 2021. They showed that Adam carried Raven as she held up ultrasound images. Raven captioned, “Over the Moon excited to share the news! Our honeymoon baby will arrive in January.

In another caption, Adam posted, “Beyond excited to announce the little baby into this world. Your mom has already started to like your Daddy’s foods, and that’s great.

Who Is Adam Gottschalk?

Adam Gottschalk was born on 19th April 1990 in Dallas, Texas. Adam has two brothers who have also been in the football game.

Adam got an education from the University of Arizona. He also studied Regional Development, Business Management, and Entrepreneurship. He completed his graduation in 2012.

Adam is a real estate agent, and according to LinkedIn, his career began in 2009 as a co-owner of A square Entertainment, LLC. He was part of the company and booked musical artists and comedians for many projects. Then Adam took to start working as an assistant of operations at the University of Arizona Football in November 2011.

Adam contributed to the Milken Institute as an event coordinator from July 2012 to July 2013. Moreover, in the same year, in August 2013, he joined Marcus and Millichap as a commercial agent but left in September 2015. He became part of Strive Real Estate as the vice president in September 2015. He contributed as the Vice President until January 2020. Currently, he is a partner at STRIVE.

During ‘Bachelor in Paradise,’ Raven Gates and Adam Gottschalk have been dating since 2017. After the filming production, their strong romance continued.

Moreover, Adam proposed to Raven in 2019 and planned to get married within a year. Their wedding ceremony was delayed because of the pandemic.

Well, finally, they exchanged the knots in April 2012. The ceremony was attended by 20 family members. The couple is now waiting for their first baby together. They also shared a video of her.  YouTube account which shows pregnancy tests.