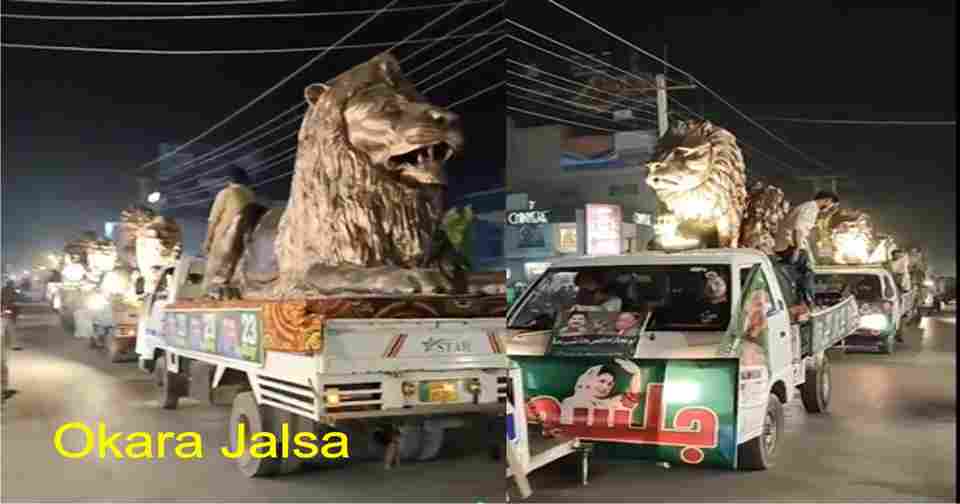 PMLN Okara is organizing Rallies for Maryam Nawaz Jalsa in Okara on 23 May 2022. Big Lions Statues are put on trucks and moved on roads. Watch the Video.

It is to be noted that senior pmln leader Fayas Zafar, member National Assembly Riaz-ul-Haq Judge and MPA Chaudhry Muneeb-ul-Haq are organizing Lions rallies through the city as a new strategy.

Pakistan Muslim League-Nawaz (PML-N) Vice President Maryam Nawaz says that Nawaz Sharif has never been the darling of the system. But Imran Khan is still Ladla.

Maryam Nawaz said that Imran Khan and his Speaker and Deputy Speaker had done the work of breaking the constitution. If Nawaz Sharif, Shahbaz Sharif and Maryam had done it, our bodies would have been hanging on the squares. Imran Khan’s role in politics is left to the thugs. Institutions should think about why they are giving him food.