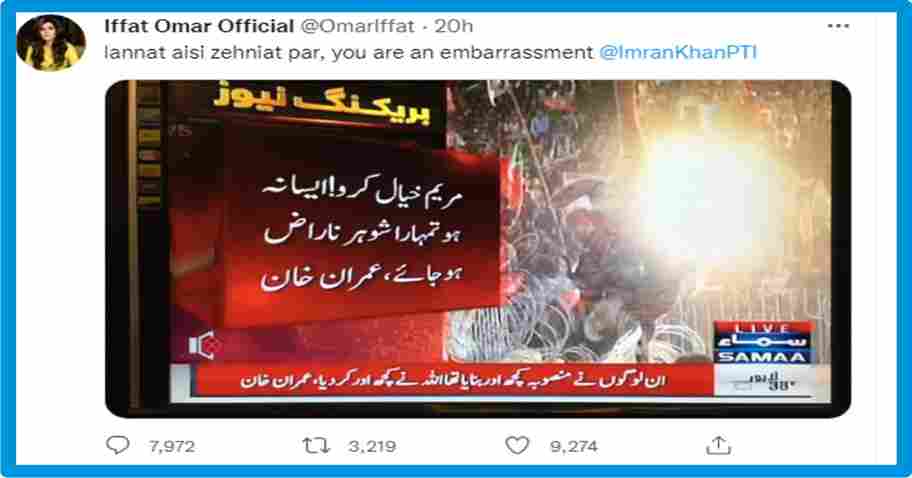 It should be noted that people from all over Pakistan have criticized Imran Khan’s use of inappropriate words against Maryam Nawaz in Multan Jalsa.

Critics include actress Iffat Omar, a women’s rights activist. Retweeting Iffat Omar’s tweets, Maryam Nawaz has invited the actress to attend the PML-N Jalsa in Okara as a guest.