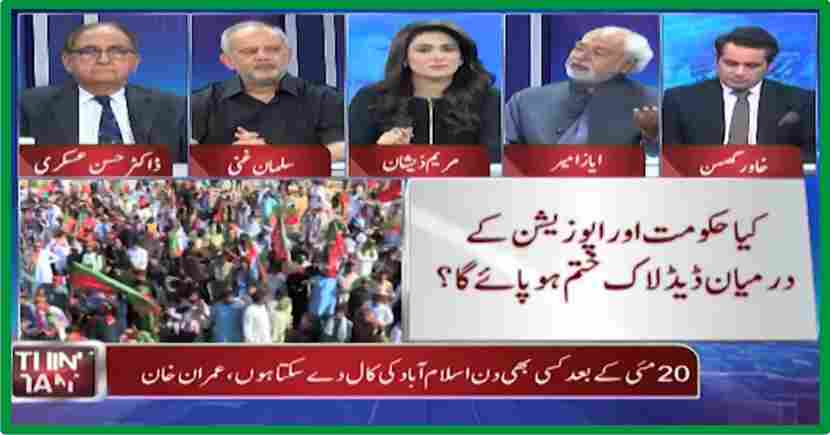 Whatever Imran Khan says will dominate. My guess is that the way he is doing Jlsas will make a big difference.

The people themselves are coming to the meetings. People remember Imran Khan’s words.

The PML-N government has come down in the arena but the Punjab government is not able to handle it. The present Governor of Punjab is playing openly. He is doing domineering politics.

The real front is in Punjab. The two major parties in Punjab are PMLN and PTI. The Noon League also has an opinion on early elections.

Maryam Nawaz came out against the one-page government. She had also held rallies and jalsas. I think the current situation is that elections will be held in September or October.

Political analyst Dr. Hassan Askari has said that early elections depend on the compulsion of the government. If the government comes under pressure in any way, elections could be held later this year or early next year.

If the government has a choice, it will not hold elections first. I think early elections will be detrimental to PML-N.

At the moment the trend is going in favor of Imran Khan. The government is trying to deliver something in the economic field. The problem is that it is inflation that has overwhelmed the Imran Khan government. If the government gives a good budget then there is a possibility of some improvement.

Opposition groups called for a sit-in in 2014. The same thing is happening now. Imran Khan is addressing institutions. Institutions are being called so that the situation does not get worse.

The only question under discussion in Islamabad is what were the reasons why the PML-N had to swallow the government’s bitter pill.

Long-term planning is needed if desired. The Noon League is also seeing early elections. That is why they are going public and holding meetings.