The guarantors in this agreement are not the ones who do as they please. 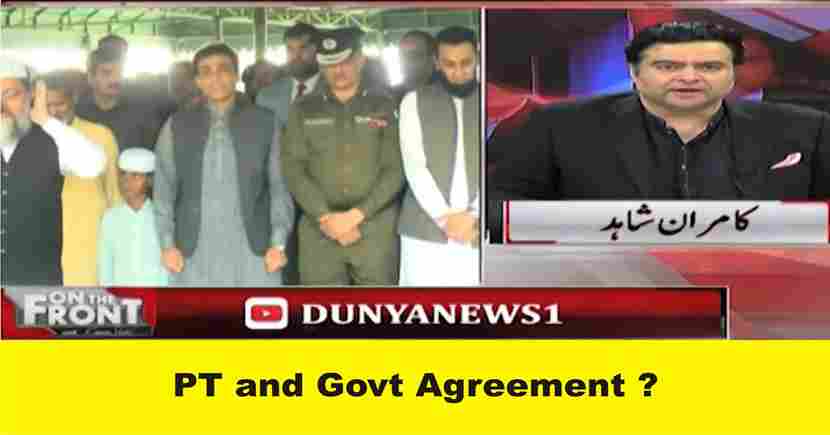 An agreement has been reached between the government and Pakistan Tehreek e Insaf, the news of which was broken by journalist Kamran Shahid on Dunya News TV.

However, after the denials of Information Minister Maryam Aurangzeb and PTI leader Shah Mehmood Qureshi, Kamran Shahid has stuck to his position.

Talking to Dunya News, Kamran Shahid said that Maryam Aurangzeb’s position was interesting but she was not involved in the agreement or negotiations. Take them on the telephone and ask if negotiations had taken place.

He further said that talks were held from 10 am to 1.30 pm. During which it has been decided that the roads will be opened and the meeting will be allowed at any place of choice. But there will be no provocation and no sit-in.

He also clarified that it was not included in the agreement that Shahbaz Sharif would resign. Imran Khan’s position was in place but there were people in his team who have left after meeting.

The guarantors in this agreement are not the ones who do as they please. They are working in the interest of the country.

Kamran Shahid also asked the on-air analyst to take Ayaz Sadiq on the telephone and ask about the meeting if he was present in a meeting where Asad Umar, Shah Mehmood Qureshi and Pervez Khattak were present. Are they refusing to meet or just deny the agreement?