On Twitter Masjid e Nabawi incident is Trending with 825k Tweets within a few hours. 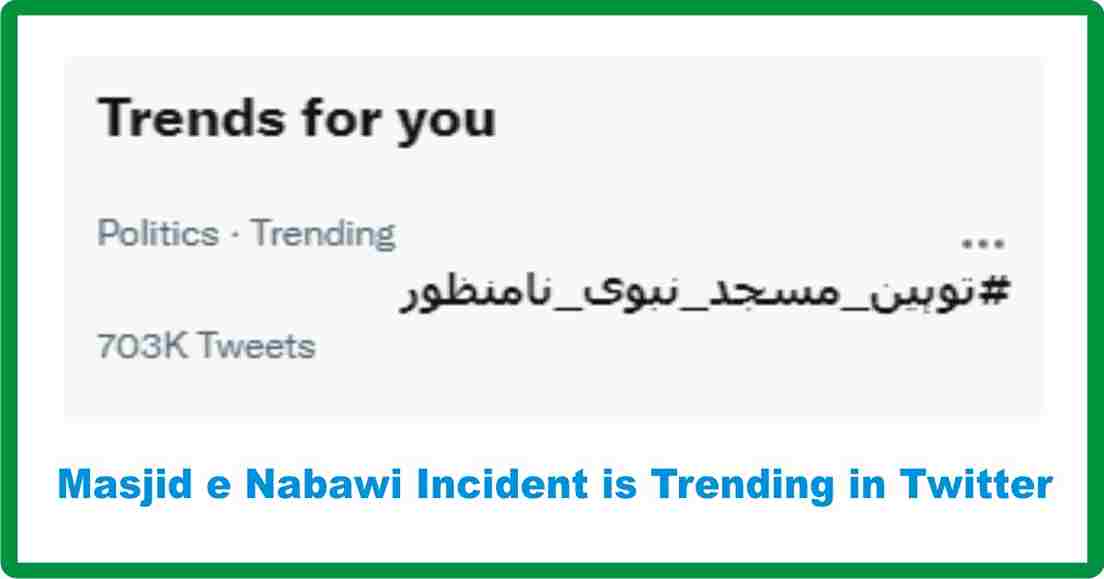 Pakistanis are expressing their reaction on social media after the Masjid Nabavi incident. In just a few hours, more than 825k people have tweeted about Masjid e Nabawi incident.

Instead of feeling ashamed of the incident, the ex federal ministers of PTI are making fun of PMLN and PDM Leaders. Fawad Chaudhry tweeted: 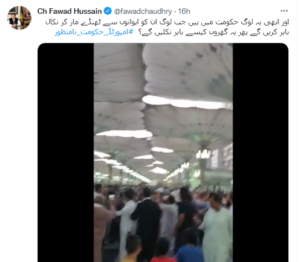 Saudi Arabia has issued its first official statement on the arrests following the Masjid e Nabawi Incident this morning.

The number of Pakistanis arrested by Saudi Arabia is not yet known. According to 24 news 150 people are arrested after malicious and pathetic slogans hurtling at holy land of Prophet (SAW).

Pick up the date and see the Masjid-e-Nabawi is respected by all except the yahoodi’s, then after the insults of the Masjid-e-Nabavi by the sit-in protestors today, it was proved that Maulana had rightly pointed out that Imran Niazi is a yahoodi agent. #توہین_مسجد_نبوی_نامنظور

O believers! Do not raise your voices above the voice of the Prophet, nor speak loudly to him as you do to one another, or your deeds will become void while you are unaware.

Maryam Aurangzeb while commenting on the incident at Masjid e Nabavi said that our people were also there. However, they all remained silent because of the sanctity of the Masjid e Nabawi (SAW). My first step was in the Masjid e Nabavi, so I prayed for guidance for those who attacked us.