PTI will use Rabta App for membership and multiple purposes. 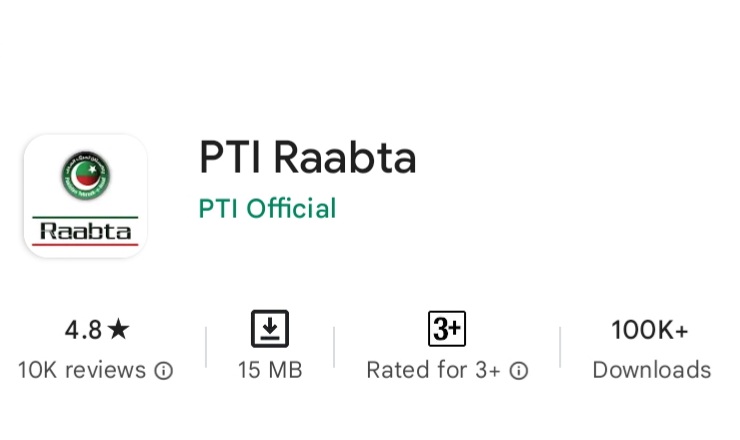 PTI Chairman Imran Khan has launched Raabta app by clicking login on mobile phone. PTI has become the only political party in Pakistan which has now connected with its followers through social media as well as online app.

On social media, PTI supporters are tweeting after being registered on the Raabta app. More than 100,000 people have so far registered on this app on the Google Play Store.

Imran Khan said in his message on the occasion of the launching ceremony that I want all of you to become a member of PTI Rabta App.

We want to take advantage of modern technology. Once we have the data, we will break it down and keep a record. When we have to give election tickets, we can use this app to check who our supporters want to give tickets to.

Senior leader Sher Ali Arbab, chairman of PTI’s party management cell, said work on the app had been going on for the past one year.

The first party management cell was formed, which I headed and for a long time there were discussions and negotiations on various issues in the party.

Module lists created and business requirements documents were completed. Each module had its own committee. As a result, we were able to create this app.

So far we have released only three things in this update. The entire app will be fully launched in two more updates. There are 11 modules in total, and anyone in the world can download this app.