MPA Malik Nadeem Kamran directed that timely completion of ongoing development projects in the district should be ensured. 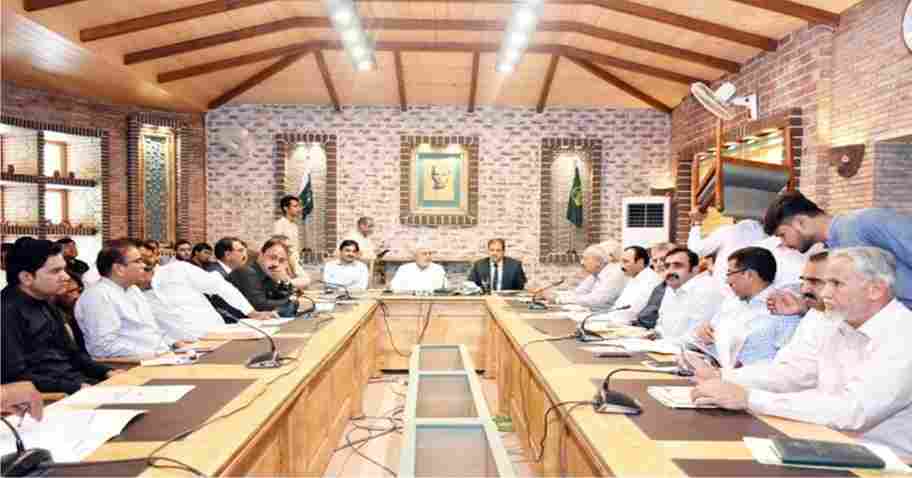 Addressing the meeting, MPA Malik Nadeem Kamran strongly directed that timely completion of ongoing development projects in the district should be ensured in all cases so that their fruits could reach the people as soon as possible.

He directed all the officers to remain alert and said that now only the officer who will work will remain on the seat.
He further said that Sahiwal is our city and we all need to work together to make it beautiful.

He said that at present 207 development schemes at a cost of Rs. 16.467 million are being implemented in Sahiwal district.
He further said that under the annual development program, work is underway on 24 old and 41 new schemes including clean drinking water supply, health care, road construction and repair, additional classrooms in schools, public building and rural development schemes.

He said that the missing facilities in the schools including boundary wall, drinking water supply, playground, toilet and furniture etc. have been completed 100% and construction of additional classrooms is underway.

He said that sewerage projects are being completed in different villages of the constituency through these schemes.
He further said that work is underway on 4 different schemes in NA-148 and 9 in PP-202.

Talking on the occasion, Deputy Commissioner Muhammad Owais Malik directed that the ongoing works under Punjab Intermediate Cities Improvement Investment Program should be completed on priority basis so that the fruits could reach the people through timely completion of projects.

The Deputy Commissioner directed the district heads of all the departments to ensure the completion of the projects as per the timeline and to remove the obstacles immediately by improving the communication.

District Sports Officer Chaudhry Abdul Qayyum said that Punjab government is starting construction of synthetic athletics track at Zafar Ali Stadium with a huge amount of Rs. 250 million which will help in providing world class training in athletics to the youth.