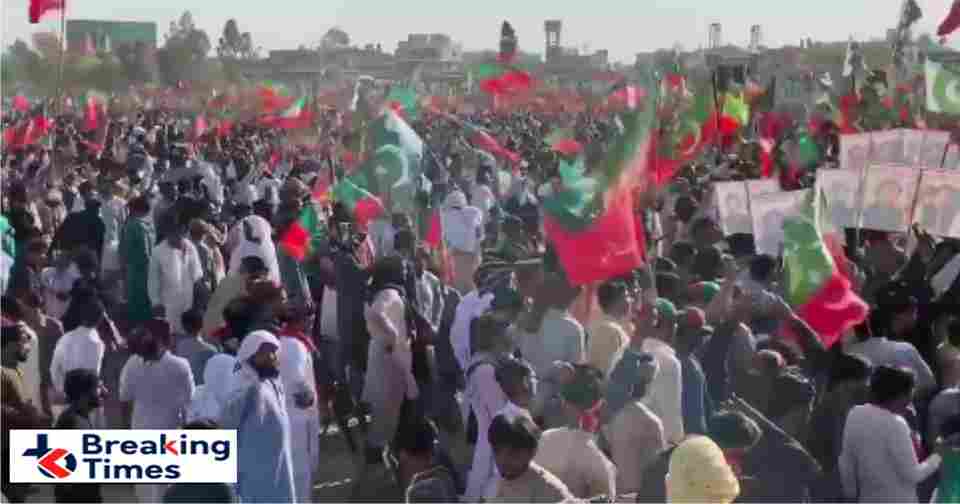 PTI is holding a political Jalsa in Mianwali. Chairmain Pakistan Tehreek e Insaf Imran Khan speech is going on. Pakistan Tehreek-e-Insaf (PTI) chairman and former prime minister Imran Khan has said that he will not forget Mianwali as long as he is alive.

I will call the people to come to Islamabad after May 20, 2022. Let the nation decide who will lead this country. Addressing a Jalsa in Mianwali, Imran Khan said that no container can stop people. Rana Sanaullah can not stop you. Neither shoe polish cherry blossom will stop you.

Imran Khan said that it feels good when these dacoits call me Niazi. you will be a slave, we are not slaves, the nation is standing on the same today.

The former Prime Minister said that America does not need your pardon. The great nation will not enslave the thieves Zardari, Shahbaz, Hamza Shahbaz, in any case we will not allow these thieves to impose on us.

Chairman PTI said, “I challenge you, wherever you go, the voice of thief and traitor will come.” Shahbaz Gill was attacked on the motorway yesterday.

The former prime minister said that such a large sea of ​​people would never have come to Islamabad. They think the nation will get tired, the party has just started, never seen such a big Jalsa in Mianwali.

He further said that the protest in Islamabad will be peaceful, women and children will also come in the protest. If you try to stop the protest, then you will be responsible for what will happen. I am calling the nation only because this is the issue of Pakistan.

PTI Chairman Imran Khan’s schedule of public jalsas for the next two weeks has been released. Today, on 7th May, address to Overseas Pakistanis, on 8th May, in Abbottabad, on 10th May, historic meetings will be held in Jhelum. 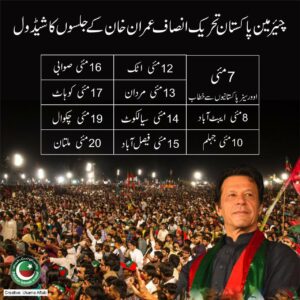