The purpose of the seminar was to educate the students politically. 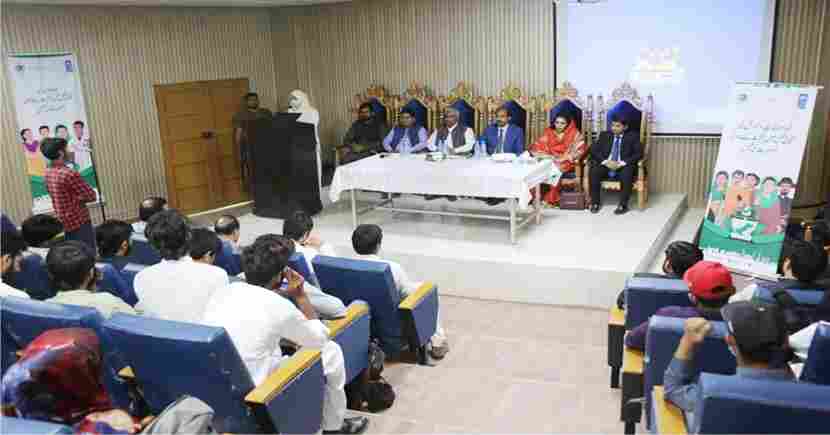 The purpose of the seminar was to educate the students, women and youth about the electoral process by the Election Commission so as to ensure the participation of women, youth and disadvantaged sections in the democratic and electoral process.

Addressing the gathering, Director Election Commission Qarat-ul-Ain said that democracy would be strengthened only with the participation of youth in the electoral process. ۔

He said that the established population of Pakistan is made up of women while the voter registration rate of women is 10% less than that of male voters and the Election Commission is taking various steps to reduce this gap. Preliminary electoral rolls revised by the Election Commission of Pakistan from May 2022 will be displayed for public inspection at the Display Center so that citizens can inspect the voter lists and apply for correct registration of their vote.