The fire broke out in the entire block of Sahiwal university. 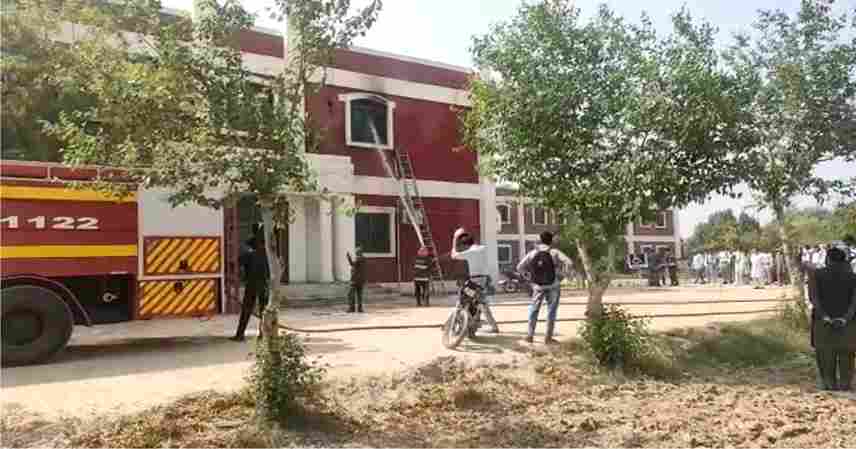 Sahiwal ( The Breaking Times – Arshad Farooq Butt ) A fire broke out in the computer lab of the University of Sahiwal due to a short circuit which engulfed the entire block.

Students and teachers fled for their lives as a fire broke out in the entire block of Sahiwal university. The electricity was completely switched off while enforcing emergency in the university. Rescue 1122 reached the spot, extinguished the fire and cleared the building.

According to Registrar Ghulam Asghar Shah, the fire at the University of Sahiwal completely destroyed the machinery of the lab control room which has caused a loss of more than one crore rupees.

The Vice Chancellor uosahiwal has set up a five-member inquiry committee headed by Prof. Dr. Imtiaz Ahmed to investigate the fire, which will report back within 24 hours.