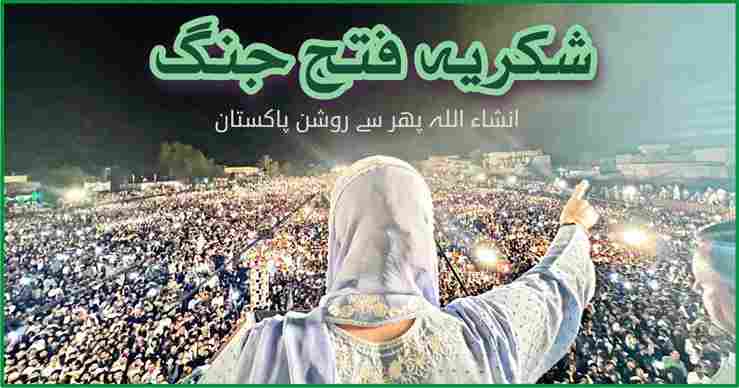 Maryam Nawaz says the stories of Farah Khan have reached Fateh Jang city. Farah Khan’s other name is Imran Khan who never made any statement for his sister Aleema Baji. Imran Khan comes on TV to save Farah Khan and says that he did nothing.

Addressing the PMLN Jalsa Fateh city of Attock district, Maryam has said that people are happy after getting rid of Imran Khan. Blessed is the leader like Shahbaz Sharif who works day and night for the people.

Imran Khan was not as sad to lose his government as he is to see Shahbaz Sharif the Prime Minister of Pakistan. I tell Imran Khan to get used to this pain now. The future of Pakistan belongs to Nawaz Sharif and PMLN.

Those who have cleaned the boots all their lives do not see anything other than that. Imran Khan did nothing but kept taking revenge for 4 years. He did not work himself or let anyone work for the betterment of country.

Imran Khan was so anxious that after losing his Chair he has lost his mental balance. Sometimes he shows fake letters. Sometimes he accuses others for conspiracy. The first he said the letter came in March. Last night he said that a conspiracy had been going on since last year. Imran Khan will continue to beg for money for the rest of his life.