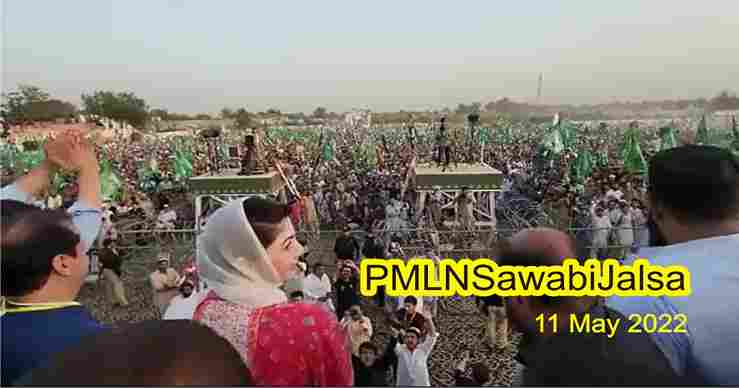 Maryam Nawaz has said in PMLN Swabi jalsa that Imran Khan’s letter is an excuse, the purpose was to hide the bad performance.

Addressing a Jalsa in Swabi, Maryam Nawaz has said that the people of Swabi and Pakistan should be thankful that the liar Imran Khan has been ousted.

The PML-N leader said that anyone whose report card was devoid of performance needed a conspiracy and fake letter. Imran Khan was not ousted by Nawaz Sharif or any foreign conspiracy but he was ousted by his own PTI MNAs and MPAs.

Maryam Nawaz said that Imran Khan should stop acting and crying. He needs to tell what he has done in four years. Imran Khan used to swing in a helicopter for four years. He continued to feed Bani Gala at government expense.

If Imran Khan tried to hide his incompetence behind the conspiracy, then 22 crore people of the country would not leave him.