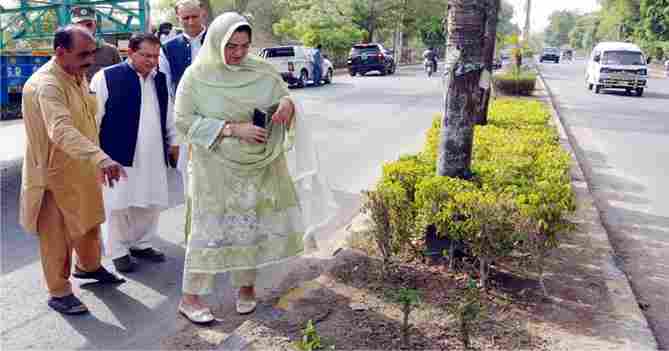 Commissioner Sahiwal Division Salwat Saeed paid a detailed visit to various parks and green belts of the city and reviewed the recreational facilities provided to the people. She directed PHA to take further steps for the betterment of parks.

According to details, Commissioner Sahiwal Division Salwat Saeed took a detailed look at the new park being constructed in Farid Town under the City Improvement Program in the city and gave instructions to provide more facilities to the citizens.

She expressed displeasure over non-utilization of the lake constructed in the park and strongly directed the PHA authorities to make it functional immediately for the entertainment of the people.

She said that the park is a great addition to the beauty of Farid Town and special attention should be paid to its cleanliness and weeding.

Commissioner Sahiwal also met the gardners working in the park and urged them to take care of the park more diligently and responsibly.

On the occasion, PHA DG Mehboob Ahmed gave a detailed briefing on the steps being taken to beautify the green belts of the city’s parks and major highways.