Cousin marriages should be avoided to reduce the number of these patients. 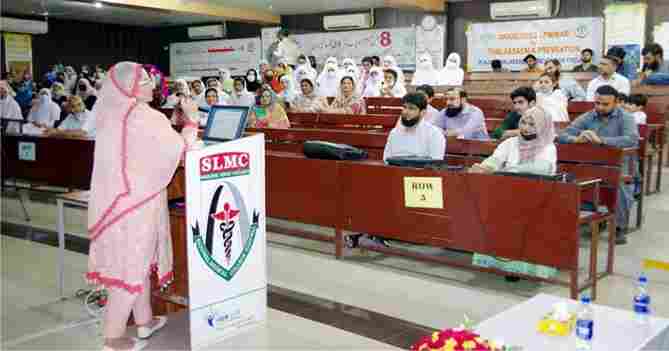 Sahiwal Medical College organizes a seminar to create awareness among the medical staff and the public against thalassemia. Commissioner Sahiwal Salwat Saeed was the special guest of the seminar.

In his address, Commissioner Salwat Saeed said that the seminar was aimed at raising awareness among the people about thalassemia and at the same time the efforts of doctors, scientists and medical staff around the world to improve the lives of people suffering from this disease.

She added that it is a matter of concern that 6,000 children in Pakistan suffer from thalassemia every year. She said that in order to reduce the number of these patients in future, cousin marriages should be avoided.

Salwat Saeed said that in order to control the disease of thalassemia, thalassemia career screening test should be made mandatory before marriage so that this insidious disease can be prevented. Earlier, Commissioner Sahiwal Saeed also visited different parts of the college.