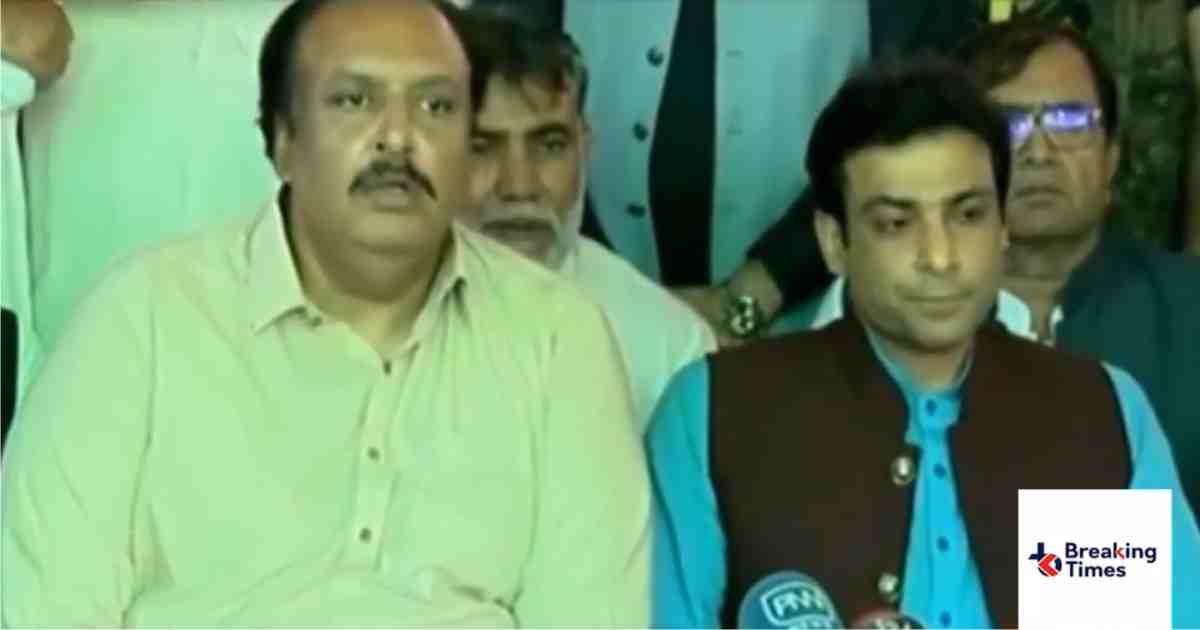 Malik Noman Langarial, an active member of the Punjab Assembly from the deviant Jahangir group of Pakistan Tehreek-e-Insaf (PTI), has announced his support for Hamza Shahbaz Sharif for the Chief Ministership.

In a joint press conference with Hamza Shahbaz Sharif, Malik Noman Langarial said that the opposition was currently struggling to improve the situation in the country. It is unfortunate that members of the Jahangir Tareen group have been in the government for the last one and a half years and have been playing the role of opposition.

We were playing the role of opposition because a false FIR was lodged against our group leader Jahangir Tareen and questions were raised about his benevolence towards PTI.

Due to our protest, hard work and honesty of Jahangir Tareen, PTI had to remove Shahzad Akbar who was an advisor to NAB. He was later charged with a number of offenses.

On this occasion, Hamza Shahbaz thanked Malik Noman Langarial and said that this is my second meeting with Tarin Group. Our goal is one and that is to create a corruption free Punjab. The Prime Minister himself is the Mafia and will remove them constitutionally.